The Central Bureau of Investigation has booked five lieutenant colonel-ranked officers, 12 other personnel and six civilians for alleged corruption in recruitment in the Army through Service Selection Board centres, officials said on Monday. 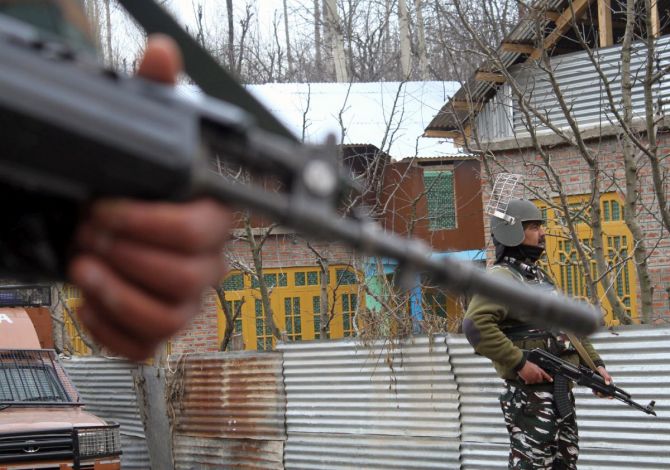 IMAGE: Kindly note that this image has been posted for representational purposes only. Photograph: Umar Ganie for Rediff.com

The agency carried out searches at 30 locations spread across 13 cities, including the Base Hospital in Delhi Cantonment, on Monday in connection with the case, they said.

Lt Col MCSNA Bhagwan of the Army Air Defence Corps, the alleged mastermind of the recruitment racket, is among those booked, they said.

"Several incriminating documents related to recruitment process have been recovered during the searches which are being scrutinized for further investigation," CBI spokesperson R C Joshi said.

The CBI has acted on a complaint from Brigadier (Vigilance) V K Purohit alleging that on February 28, 2021 an input was received about alleged involvement of serving personnel in accepting bribe for clearance of review medical exam of temporarily rejected officer candidates at the Base Hospital in New Delhi.

The agency has booked 17 Army personnel and six civilians, including relatives of officers, for allegedly demanding bribe and facilitating bribery, they said.

It is alleged that bribes in several lakh rupees were paid to the officers and their relatives through cheques, cash, RTGS, UPI for the selection of candidates, they said.

Undisclosed amount of bribes were received from 10-15 candidates by Lt Col Surender Singh and Major Bhavesh Kumar through their relatives who have also been booked.

The agency has named wife of Maj Bhavesh Kumar Devyani, his father Surender Kumar and mother Usha Kumawat in the FIR as accused for allegedly receiving money, they said.

Bhupender Bajaj, brother-in-law of Lt Col Surender Singh and one Pragati Singh who received funds on behalf of Naib Subedar Kuldeep Singh have also been named in the list of accused, they said.

It is alleged that Havildar Pawan Kumar paid bribes of at least Rs four lakh to Major Bhavesh Kumar and Rs 50,000 to Kuldeep Singh besides undisclosed amount of cash for the selection of his son Neeraj in SSB for NDA in December, 2020, they said.

Lieutenant Navjot Singh Kanwar paid bribe of Rs 10 lakh to Lt Col Bhagwan through bank transfers to Kuldeep Singh and his friend Pragati while Cadets Hemant Dagar and Inderjeet in OTA made their way by paying illegal gratification to Major Bhavesh Kumar, the complaint alleged. 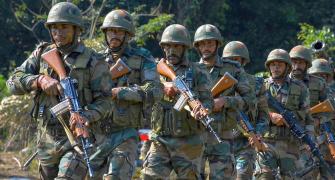 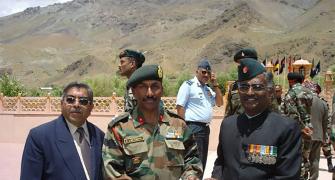 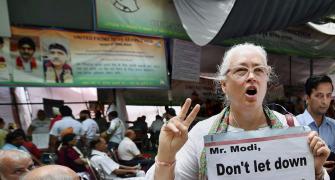 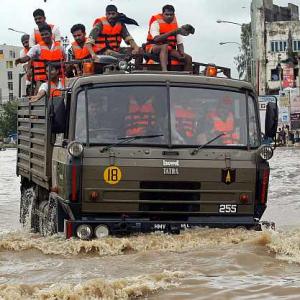