Days after a ruling Congress MLA’s son allegedly assaulted a man in a brawl, another party local leader has courted trouble for splashing a combustible liquid in a city corporation office and threatening to set it afire.

In the video which has gone viral on the social media, local Congress leader Narayanaswamy is seen purportedly splashing the liquid filled in a plastic bottle twice inside a city corporation office after the official there allegedly refused to provide a fake land document.

The officer is seen pleading with Narayanswamy, who is clad in all-white dress.

Home Minister Ramalinga Reddy also condemned the incident on the floor of the state assembly earlier on Tuesday.

“It is unfortunate that the incident has taken place. The government has initiated necessary action against the (Congress) leader,” he said.

The Opposition has seized the opportunity to make it as a political issue in the poll-bound Karnataka this year.

“It is another show of hooliganism by the state’s ruling Congress. The leader is close to lawmaker Byrathi Basavaraj, who is a close aide of Siddaramaiah,” BJP spokesperson Suresh Kumar said.

Congress was red-faced after its MLA N A Haris’ son Mohammed Nalapad Haris and his friends had allegedly beaten up Vidwat on February 17 for extending his plaster-cast leg near to the accused in the pub-cum-restaurant.

Nalapad, who has been booked for attempt to murder, is in police custody.

He had surrendered before the police on Monday. A day before, 10 people were arrested in the case. 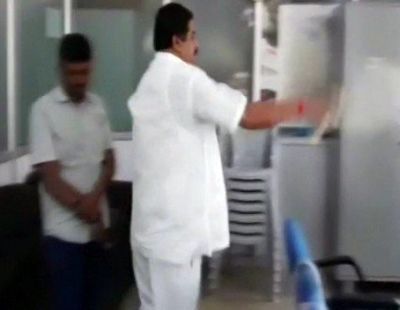 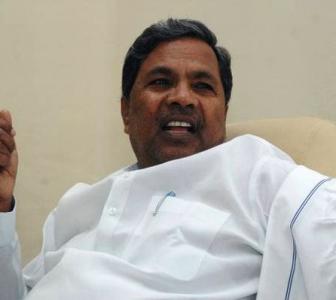 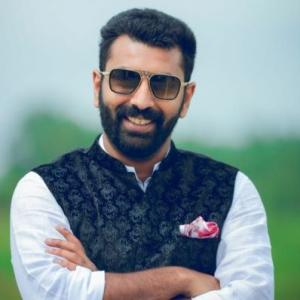 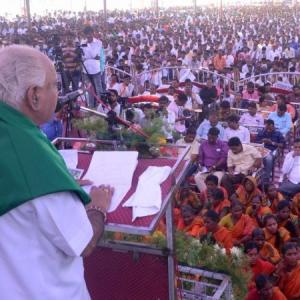