Singh moved the high court after his interim and regular bail pleas were rejected on September 28 by a Delhi court which had said his role was "major" in the entire episode aimed at "disgracing" parliamentary democracy.

In its order, the lower court had said the incident showed that Singh and other political functionaries, including arrested Bharatiya Janata Party leaders in the case, "stooped to a level beyond imagination" aimed at "subverting" the functioning of Parliament.

Singh, who is currently undergoing treatment at AIIMS, has been seeking bail on medical grounds while relying on his medical report, according to which his health condition was showing "overall improvement" but his renal condition was assessed prone to infection and needed constant monitoring.

Singh was arrested on September 6 after he appeared before the court in response to summons for his alleged involvement in the cash-for-vote scam. 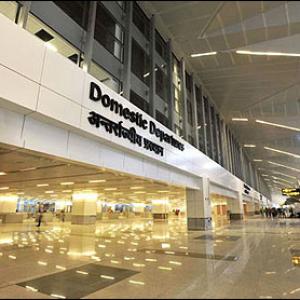 Why the Delhi airport is in a financial mess