A Delhi court has rejected a plea against a trial court order, dropping Abhishek Manu Singhvi's name as a witnesses from a complaint for prosecution of social activist Anna Hazare and his mates for allegedly instigating public against government during their anti-graft campaign.

The ASJ held that the magisterial court's order dated March 17 by which Singhvi's name as a witness was dropped does not decide any legal right of the complainant (Satbir) and is an interlocutory order which could not have been challenged.

"The impugned order dropping Abhishek Manu Singhvi as a witness is an interlocutory order and the same could not have been challenged before me," the judge said.

The court also held that the list of witnesses given by the complainant "does not contain any reference qua which Abhishek Manu Singhvi was sought to be summoned as a witness.

It also said before summoning additional witnesses, the magistrate should have recorded the complainant's statement.

The court also noted Satbir's argument that he had not made Sighvi a witness for sensationalising the matter and that he was moved by the pain he felt for loss of life of a youth during Hazare's protest.

Metropolitan Magistrate Anil Kumar had in March dropped Singhvi's name as a witness saying the Rajya Sabha member was made witness for "sensationalising" the matter. (MORE)

The magisterial court had withdrawn the order of its predecessor summoning Singhvi on a plea by the parliamentarian, who said he had been made witness (without his consent).

Singhvi had moved the court in January seeking direction for withdrawal of the summons to him. In his plea, he had said he "he has no connection with the complainant or the present complaint case."

Satbir had moved the court against Anna Hazare, Kiran Bedi, Shanti Bhushan and Arvind Kejriwal seeking registration of an FIR against them for instigating people against the government last year during their anti-graft campaign.

While dismissing his plea for an FIR, the court had asked him to lead evidence in support of his allegations. 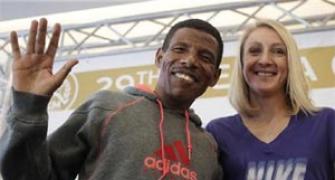 Pak must hand over Saeed to improve ties: BJP