A documentary on Amartya Sen has been stalled by the Censor Board with its film maker Suman Ghosh being told to mute words like 'cow', 'Gujarat' and 'Hindutva' uttered by the Nobel Laureate in the film.

The planned release of the film, The Argumentative Indian for this weekend in Kolkata is now uncertain with Ghosh on Wednesday refusing to mute four words asked by the Central Board of Film Certification regional office in Kolkata for getting the censor certificate. The words also included 'Hindu India'.

The move by the CBFC came in for sharp condemnation with Chief Minister Mamata Banerjee voicing concern while Ghosh said he was shocked and taken aback.

"Every single voice of the opposition is being muzzled. Now, Dr Amartya Sen. If somebody of his stature cannot express himself freely, what hope does the common citizen have," she said in a tweet.

Taking out certain words from the discussion between Sen and the interviewer -- economist Kaushik Basu -- would remove the soul of the documentary, Ghosh said.

"The CBFC's regional office in Kolkata wanted me to mute words like Gujarat, cow, Hindutva view of India and Hindu India," Ghosh, who directed the film documenting the life of 83-year-old Sen, said.

"I expressed my inability to do it. It is a documentary and it is on a person who has an international stature. I am shocked," he said, adding he had planned to release the documentary this weekend.

"I am waiting for the written communicaton and whether they (CBFC regional office) will send the film to the CBFC, Mumbai. In any situation my response will be the same," the film director said.

Ghosh said, "After sitting for three hours at the Censor Board office in Kolkata last evening during which my documentary was screened and the members scrutinised every single shot, I was verbally told to mute four words U/A certificate."

In the documentary, Sen speaks of social choice theory, development economics, philosophy and the rise of right wing nationalism across the world including India. The film covers a span of 15 years (2002-2017) and is structured as a conversation between Sen and his student economist Kaushik Basu.

"These days films get online certification. So I hope the issue gets resolved quickly. But no question of taking out some words," he added.

Sen, who is a fierce critic of the Modi government, for his part, refused to be drawn into a discussion on the issue.

"It is a documentary film on me. I have not made it. I have nothing to say on it. You ask Suman Ghosh about it," he said, adding, "If the authorities have any objection, they can discuss it."

A top CBFC source said, "The documentary was previewed by the CBFC Kolkata and the examination committee has recommended 'U' certification with certain amendments as per the online certification norm."

A private screening of the documentary was held at state-owned 'Nandan' early this week in the presence of Amartya Sen himself and a host of luminaries.

Criticising CBFC's stand, Dadasaheb Phalke awardee Soumitra Chatterjee said, "It is nothing but a foolish move. In a way it is fascism".

"We are a democratic country. Why should such a thing happen ? He (Sen) is respected all over the world. He has the liberty to express his views. I feel outraged," he said.

Director Goutam Ghosh said, "What I hear makes me shocked. Any such recommendation is absurd. There should not be censorship of feature films and documentaries or any work in the first place."

Recalling that the Shyam Benegal Committee, set up last year to lay down rules and regulations for film certification, had suggested gradation of films, he wondered if the union information and broadcasting ministry was sitting on the recommendations.

Source: PTI© Copyright 2020 PTI. All rights reserved. Republication or redistribution of PTI content, including by framing or similar means, is expressly prohibited without the prior written consent.
Related News: Central Board of Film Certification, Suman Ghosh, Amartya Sen, Censor Board, Hindu India
SHARE THIS STORY
Print this article 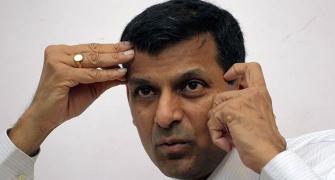 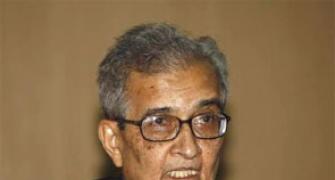 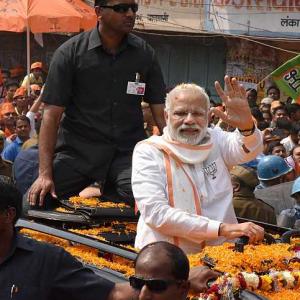