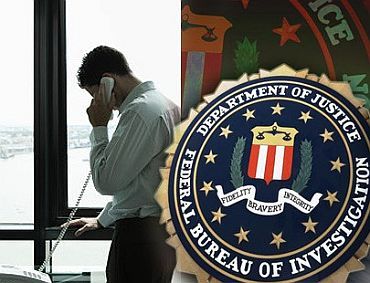 An officer of the US security agency Federal Bureau of Investigation on Friday arrived in Thane and gathered and shared details about the probe into a multi-crore call centre scam, whose victims were American citizens who lost millions of dollars.

The FBI officer met senior officers of Thane Police and exchanged information gathered by both the sides about the scam which was unearthed earlier this month.

"We will verify the information which the FBI has shared with us. It will help in our investigation. The FBI team also appreciated our efforts (in uncovering the scam)," Joint Commissioner of Police Ashutosh Dumbre told PTI.

The FBI officer will be in Thane for a few more days and will question those arrested in connection with the scam, police sources said.

Police have issued a Look out circular to nab Sagar Dharmesh Thakkar, the alleged mastermind of the scam, which operated out of nearly a dozen call centres where executives posed as US tax authorities and duped a large number of American citizens.

Crime Branch teams are also looking for Thakkar and authorities at the international borders, airports and sea ports have been alerted to thwart his attempt to leave the country, said Dumbre.

Police unearthed the scam, involving more than Rs 500 crore, after raiding seven call centres on Mira Road. The con job, which targeted US citizens and forced them to part with dollars, had been going on for a few months, he added.