News
Business
Movies
Sports
Cricket
Get Ahead
Money Tips
Shopping
Sign in  |  Create a Rediffmail account
Rediff.com  » News » 'California massacre suspects came prepared to do what they did'

'California massacre suspects came prepared to do what they did' 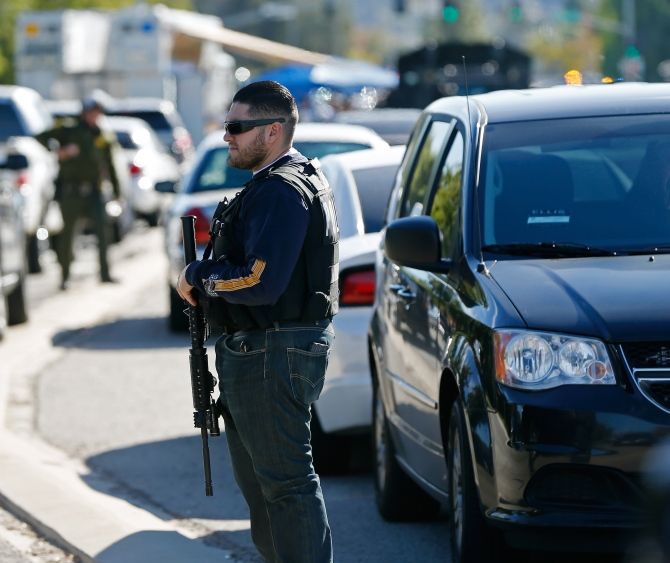 The two California shooting suspects left multiple pipe bombs and other explosive devices at various sites during their killing spree, US authorities said on Thursday as they further probed the Pakistani-origin couple's antecedents, including a possible terror angle.

Law enforcement officials in San Bernardino said they could not rule out terrorism as a possible motive for the mass killings at a centre for people with disabilities that left 14 people dead and 17 others injured.

The Federal Buerau of Investigation’s Joint Terrorism Task Force was aiding in the investigation after police identified Syed Farook, 28, and Tashfeen Malik, 27, as the suspects killed in police action, Fox News reported.

A law enforcement source told the network that the couple was each carrying an AR-15 rifle and a pistol when they were shot and killed by police after a brief chase in their black SUV over 3 km from the initial shooting site.

The source said the vehicle also contained so-called "rollout bags" with multiple pipe bombs, as well as additional ammunition. The couple also had GoPro cameras strapped to their body armor and wore tactical clothing, including vests stuffed with ammunition magazines.

"That's a military tactic for a sustained fight," the source said of the rollout bags.

In addition to the explosives found at the SUV, authorities discovered and detonated three pipe bombs at the Inland Regional Center, the complex where the initial shooting took place about 96 km east of Los Angeles.

Another source described a house in Redlands that was being searched in connection with the shooting as "an improvised explosive device facility."

The source said investigators discovered multiple pipe bombs in the house, as well as small explosives that were strapped to remote-controlled cars. The initial shooting happened at a conference area in a social services center for the disabled, where Farook's colleagues were holding a holiday banquet.

Witnesses said the suspects were wearing body armor and masks and moved with grim precision. Gunfire sent people scrambling to hide under desks, barricade themselves in room or flee for their lives.

"They came prepared to do what they did, as if they were on a mission," the police chief of San Bernardino Jarrod Burguan said.

He said that Farook had angrily left the party before returning with Malik. However, other investigators doubted the alleged dispute had taken place or whether the shooting could solely be chalked up to a workplace dispute due to the apparent planning behind the attack as well as the heavy weaponry used, the report said. 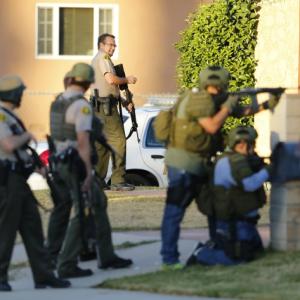 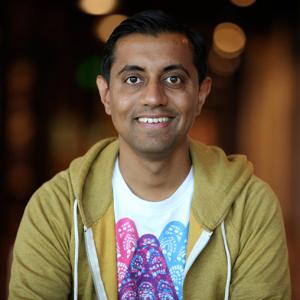