The Comptroller and Auditor General has taken strong exception to the Indian Navy's failure to conclude a Rs 16,000-crore contract to induct a fleet of amphibious warships even after deciding on the acquisition in 2010. 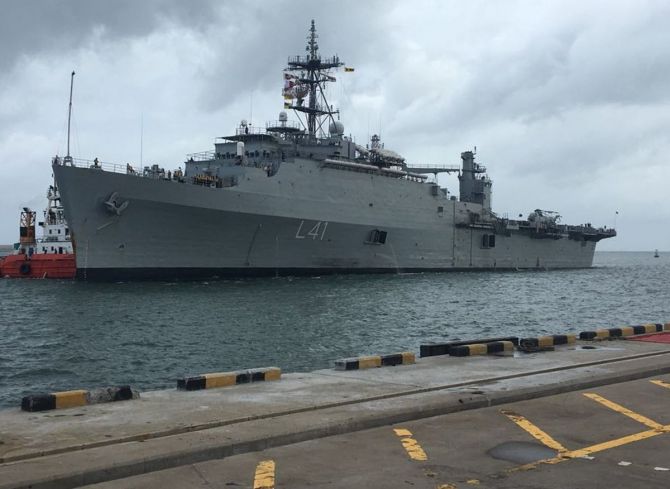 The navy planned to procure four Landing Platform Docks (LPDs) which are used to transport troops, land warfare assets such as tanks, helicopters and vessels into a war zone by sea.

In a report tabled in Parliament on Wednesday, the national auditor slammed the Indian Navy for not being able to conclude the contract when it is reeling from a shortage of LPDs.

"The existing capability of LPDs was found to be inadequate to meet the requirements of amphibious/ expeditionary operations. Indian Navy, therefore, decided to acquire this vital warfare ship in October 2010 at a cost of Rs 16,000 crore," the CAG said.

"However, even after a lapse of nine years, contract has not been concluded. This was due to failure to fix a specified time frame for obtaining corporate debt restructuring exit certificate by one of the participating firms," it added.

The CAG also observed that the Indian Navy's auxiliary vessel strength was not increasing incommensurate with the rise in its combat fleet.

"In fact, it was declining. The planned targets for the acquisition of auxiliary vessels could not be achieved due to inordinate delays in the acquisition process; specifically, non-adherence to the prescribed timelines in the conclusion of contracts," the CAG said.

"This was principally on account of lack of expertise of DPSUs and non-assessment of the capability of shipyards," it added.

"The contracts concluded (June 2011 and November 2012) for the acquisition of three cadet training ships did not fructify and bank guarantees worth Rs 324.73 crore were yet to be encashed," the CAG said. 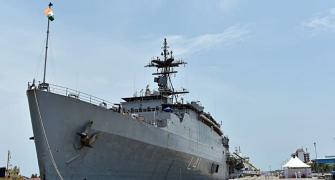