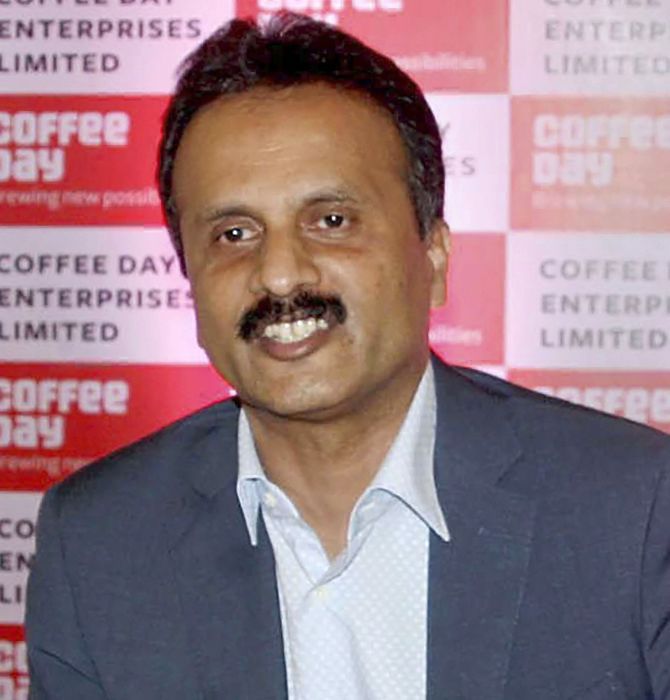 India's biggest coffee chain founder V G Siddhartha was reported missing mysteriously since Monday night en route to the coastal Mangaluru city in Karnataka, with an alleged letter by him showing he was under "tremendous pressure" from lenders.

Teams of the National Disaster Response Force, the Coast Guard, the Home Guard, fire services and coastal police scoured the waters under a bridge across the swollen Nethravathi river, where 60-year old Siddhartha was reportedly last seen, to trace the coffee tycoon.

Local fisherman, along with their boats, have also joined in the frantic search operations. 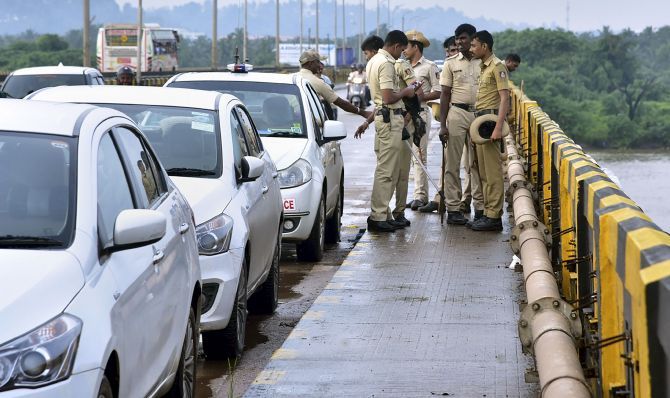 Siddhartha had left from Bengaluru to Sakleshpur in Hassan district in a car on Monday afternoon, but on the way had asked his driver to go towards Mangaluru, the police said.

On reaching the bridge, he alighted from the car and told his driver that he was going for a walk.

"He (Siddhartha) asked the driver to wait till his arrival. When he did not return even after two hours, the driver approached the police and lodged a missing complaint," deputy commissioner of Dakshina Kannada district Senthil Sasikant Senthil said.

"The help of local fishermen is being taken in the search. We are checking who he spoke to over phone," Mangaluru police commissioner Sandeep Patil said.

"Air Cushion Vehicle (H-198) is undertaking search in Nethravathi river and providing support to CG diving teams. Three diving teams, along with the district disaster relief team, has been deputed to carry out search for the missing person," the Coast Guard said in a statement.

Police said they are also questioning the car driver. 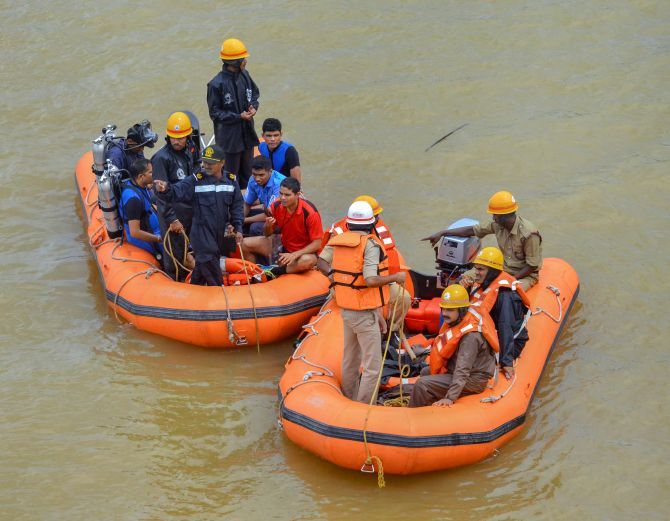 Senior Congress leader D K Shivakumar said he found the disappearance of Siddhartha "utterly fishy" and sought an investigation into it.

He said the letter purportedly written by Siddhartha, "which is circulating", is dated July 27 (Saturday) and he received a call from him on Sunday asking if they could meet.

"It's unbelievable that a courageous man like him would resort to this," Shivakumar tweeted.

He said he has known closely Siddhartha and his family members for decades.

"However, I find this (the disappearance) utterly fishy and urge that a thorough investigation be conducted into this matter," he said.

In a letter purportedly written by him to the Board of Directors and employees of Coffee Day Enterprises, he founded, whose authenticity could not be independently verified, Siddhartha said, "I have failed as an entrepreneur."

"...I have failed to create the right profitable business model despite my best efforts," Siddhartha, who built the coffee empire over the last 37 years, said.

"I would like to say I gave it my all. I am very sorry to let down all the people that have put their trust in me," he said.

"Tremendous pressure from other lenders lead to me succumbing to the situation," he said. 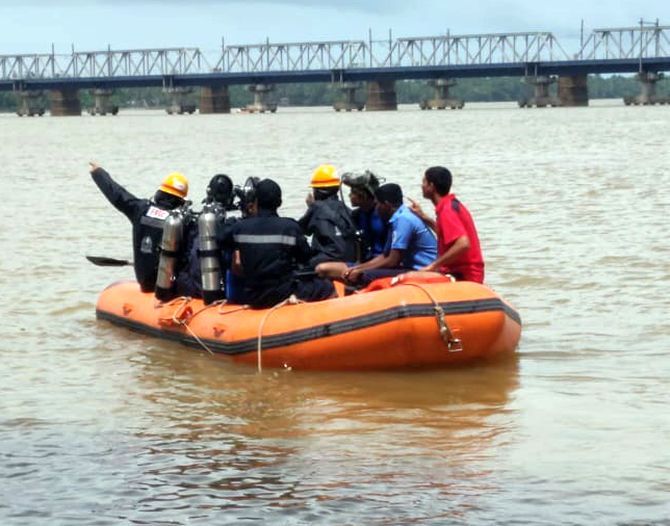 In the letter, Siddhartha also complained of "a lot of harassment from the previous DG Income Tax in the form of attaching "our shares on two separate occasions to block our Mindtree deal and then taking position of our Coffee Day shares, although revised returns have been filed by us".

However, the IT department in Bengaluru referred to the note said to be written by Siddharha mentioning about the attachment of Coffee Day shares by it and said "the authenticity of the note is not known and the signature does not tally with the signature as available in his annual reports."

The department sources in New Delhi denied charges of harassment during their probe against Siddhartha.

The sources said the provisional attachment of shares was made by the IT department to protect the "interests of revenue" in cases of large tax evasion and the action was based on "credible evidence" gathered in the search or raid action undertaken against the Bengaluru-based group in 2017.

"The department has acted as per provisions of the Income Tax Act," one of the sources said. 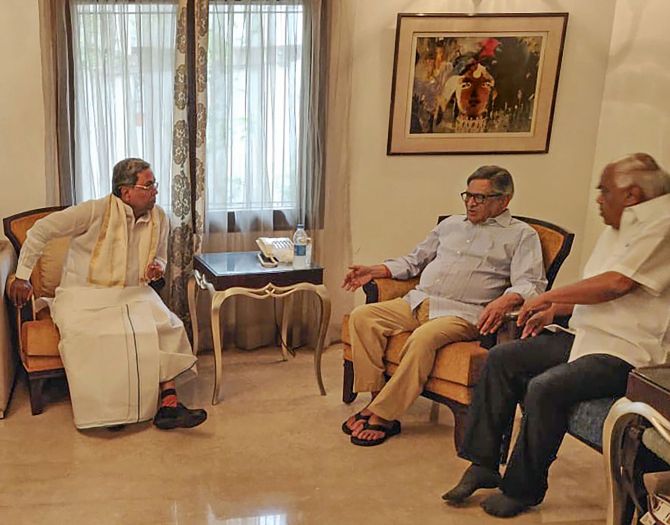 The sources said Siddhartha fetched Rs 3,200 crore from the sale of Mindtree shares, but has paid only Rs 46 crore out of the total Rs 300 crore minimum alternate tax payable on the deal.

Siddhartha had sold his 20 per cent equity stake in consultancy firm Mindtree to engineering and construction company Larsen & Toubro Ltd in a block deal for about Rs 3,200 crore in March this year.

He launched the first Cafe Coffee Day outlet in Bengaluru in 1996 when the city was on the cusp of transforming into an IT hub and the chain currently has over 1,700 outlets across India and abroad.

The scrip hit its lower circuit limit as well as its 52-week low of Rs 154.05 on the Bombay Stock Exchange. IMAGE: Officials carry out a searh rescue for CCD founder in the Netravati River. Photograph: ANI/Twitter

In a filing to the BSE on Tuesday morning, the company said Siddhartha, Chairman and Managing Director of Coffee Day Enterprises Limited, was not reachable since Monday evening.

"We are taking the help of concerned authorities... Company is professionally managed and led by competent leadership team, which will ensure continuity of business," the filing added.

Coffee Day Enterprises said it is assessing the situation after Siddhartha went missing and formulating appropriate steps to ensure business operations are unaffected.

The company's board held an emergency meeting following disappearance of Siddhartha and also reviewed the letter purportedly signed by him and shared copies with relevant authorities.

It has also "sought the assistance of local and state authorities, who are doing their utmost, and relevant officers of the company are cooperating with the authorities as requested", the company said in another regulatory filing after the board meeting. 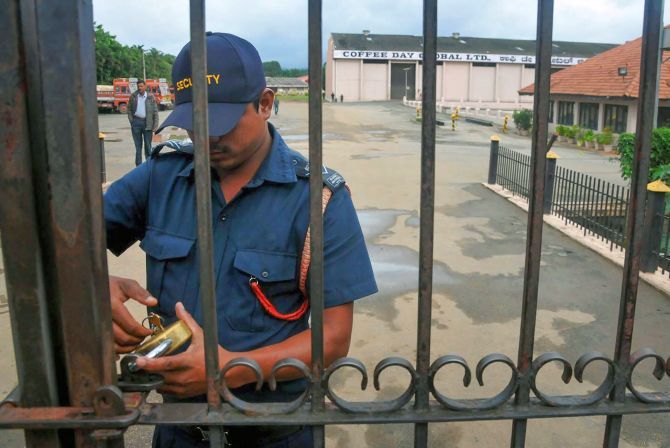 IMAGE: A security guard locks the gate of Coffee Day company after the news of sudden disappearance of its owner and founder V G Siddhartha was reported, in Chikmagalur. Photograph: PTI Photo

In Mumbai, global buyout major KKR said it is "deeply saddened" by the disappearance of Siddharth and it had invested in the popular coffee chain nine years ago and part-exited the investment last year.

The fund statement added it continues to hold about 6 per cent stake in the company now down from 10.3 percent earlier.