Burnt body of woman found in Samastipur, second in 24 hrs

A charred body of a woman was found at a secluded spot in Bihar's Samastipur district on Wednesday, making it the second such incident in 24 hours, according to police. 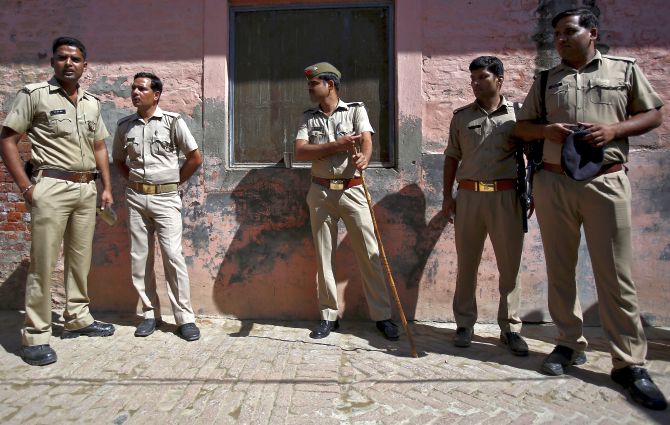 The body was found in Dardari Chaur in Warisnagar police station area, said officials who suspect that that the woman was killed elsewhere and later dumped there.

They said the woman could not be identified as the body was charred beyond recognition from head to knees.

"The clothes of the woman are also burnt, making identification difficult. It appears she was killed elsewhere and her body was dumped at the spot after being set afire," Warisnagar's Station House Officer Prasunjay Kumar said.

"We have sent the body to a hospital in Samastipur town for post-mortem which would ascertain whether she was subjected to sexual assault," he said.

A similar incident was reported from Buxar district in south Bihar on Tuesday, triggering outrage amid nationwide protests over the rape and murder of a veterinary doctor in Hyderabad days back.

Expressing dismay over such incidents happening in Bihar, state women's commission chairperson Dilmani Mishra said in Patna, "It appears that the sensitivity of Chief Minister Nitish Kumar towards the female population is being done in by a callous administration."

"There have been instances when the local administration has not cared to even reply to a notice issued by us about a crime against a woman," she lamented.

"Every day women are being raped across Bihar but those in power do not even deign to utter a word of regret on these disgusting incidents, let alone being moved to take some concrete action," she said.