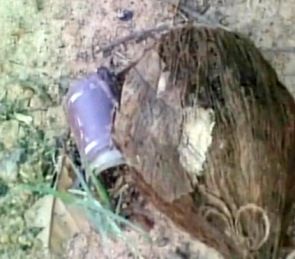 In a major crackdown, 653 crude bombs were seized from West Bengal's Burdwan district and as many as 1,117 people have been arrested in the drive launched by the police.

Burdwan Superintendent of Police Kunal Agarwal said acting on a tip off the force raided and seized 123 bombs stored in six drums from one Ahad Sheikh's house at Kalyanpur village in Mangalkote area on Sunday.

Thirteen people, including Sheikh were arrested in connection with the seizure, following a clash between two groups of the ruling Trinamool Congress on Saturday. In a second incident 107 bombs were seized from a club at Kandra in Ketugram area of the district.

Following this, the anti-corruption wing of district police raided other villages of the district and seized the rest 423 bombs, the SP said adding a total 1,117 people have been arrested in the drive by the police.

The district had been in the news after the blasts at Khagragarh in which JMB terrorists were killed about two years ago.

Image for representational purposes only.