The Delhi government on Wednesday ordered a judicial inquiry into the building collapse in east Delhi, in which at least 67 people were killed. The inquiry will be conducted by former Delhi High Court judge Justice Lokeshwar Prashad, top officials told PTI.

They said the committee will look into all aspects of the incident, including any possible failure of the institutional mechanism. The terms of reference of the inquiry include making recommendations regarding the preventive and penal measures required to prevent the recurrence of such incidents.

The decision to appoint the judicial inquiry was taken by Chief Minister Sheila Dikshit.

The government has asked Justice Prashad to file his report within three months. At least 67 people were killed when the four-storey building collapsed in the congested Lalita Park locality in east Delhi on Monday night.

Over 60 families, mostly labourers from West Bengal, were living in the cramped quarters of the 15-year-old building, where an illegal fifth floor was under construction. 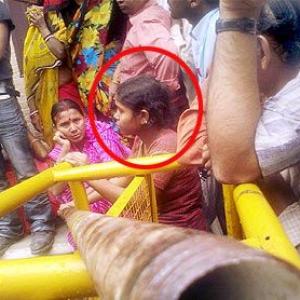