The Bahujan Samaj Party has moved an application in the Supreme Court to withdraw the infamous state guest house case of 1995 against Samajwadi Party patriarch Mulayam Singh Yadav which had sown the seeds of two-decade-long rivalry between the two regional parties, BSP leaders said in Lucknow.

As a 'goodwill gesture' BSP supremo Mayawati had instructed party general secretary Satish Chandra Misra to move the application in the apex court on the request of SP chief Akhilesh Yadav after the two parties joined hands for the 2019 Lok Sabha elections, they said.

The incident took place on June 2, 1995, when Mayawati had withdrawn support from the Mulayam Singh Yadav government, reducing it to a minority.

According to reports, agitated Samajwadi Party workers cornered Mayawati at a guest house and besides hurling abuses allegedly cut off the electricity and water supply to the premises.

As Mayawati found herself surrounded by a mob of angry SP men, Bharatiya Janata Party lawmaker Brahmdutt Dwivedi came to her rescue.

The incident was frequently mentioned by her in her tirade against the Samajwadi Party leadership prior to their alliance.

"When the BSP had entered into an alliance with the Samajwadi Party for the Lok Sabha elections, Akhilesh Yadav had sought withdrawal of the case against Mulayam Singh Yadav in the state guest house case and Satish Misra had moved an application for the same in the Supreme Court," the BSP chief was quoted as saying at a meeting of senior party functionaries in Lucknow two days ago.

Misra, when contacted by PTI, confirmed moving an application in the apex court in this connection.

A senior leader of the BSP, who was present in the meeting, said on condition of anonymity that Mayawati was speaking about how she had earnestly campaigned for the SP candidates in the Lok Sabha polls.

She also said how time and situation continue to change.

Mayawati had decided not to continue the alliance with the SP after the defeat in the Lok Sabha polls.

The BJP had won 62 of 80 seats in Uttar Pradesh while their 'gathbandhan' bagged just 15 with the BSP winning 10 and the SP five.

According to sources, the case was taken back in February this year after both the rival parties entered an alliance ahead of the 2019 Lok Sabha elections.

A source said, "The decision by BSP supremo was taken as a goodwill gesture on the request of SP chief Akhilesh Yadav. However, it was not made public then".

When asked about it, SP chief Akhilesh Yadav thanked Mayawati for the gesture. 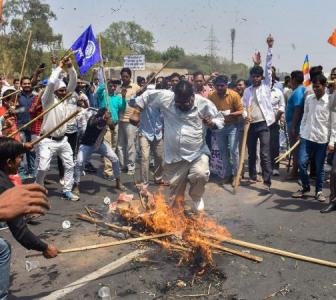 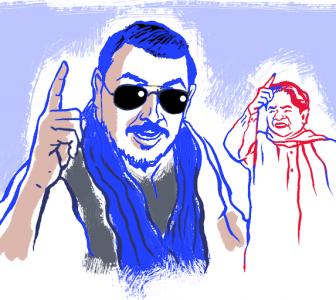