British Sikh Opposition politicians have voiced their support for farmers agitating in India against the new farm laws and called for a "peaceful solution" as soon as possible. 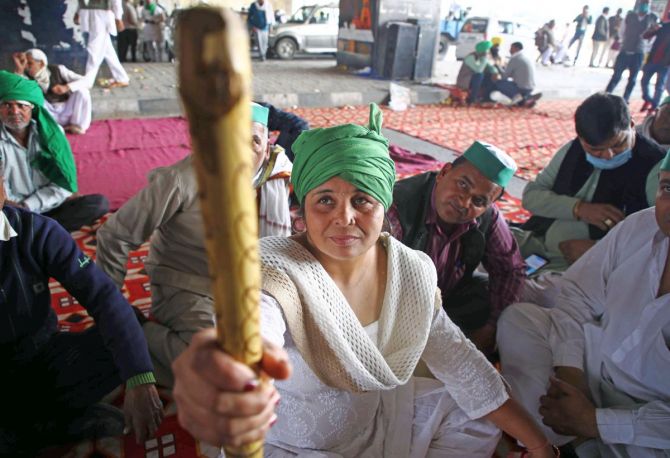 India has called the remarks by foreign leaders on protests by farmers as "ill-informed" and "unwarranted" as the matter pertained to the internal affairs of a democratic country.

"We have seen some ill-informed comments…relating to farmers in India. Such comments are unwarranted, especially when pertaining to the internal affairs of a democratic country," external affairs ministry spokesperson Anurag Srivastava said on Tuesday.

In a terse message, the ministry further added that "it is also best that diplomatic conversations are not misrepresented for political purposes."

A number of Opposition MPs in Britain have been speaking out over the issue on social media, with Labour Virendra Sharma calling for a "peaceful solution” as soon as possible.

"Farmers work tirelessly to earn an honest living and to feed millions of people. I find it distressing that thousands of the farmers from Punjab feel the need to march in Delhi to ask for a fair standard of living," he said, adding that he "applauds the bravery" of Home Minister Amit Shah in stepping forward and offering to negotiate.

Lord Indrajit Singh raised the issue during a debate in the House of Lords entitled "Summit of Democratic Governments" on Monday, addressing a question to Cabinet Office Minister Lord Nicholas True on why India should be among the "10 leading democracies" being considered for a summit in early 2021.

"Can the minister tell us why India, currently in the news for trying to make Punjab farmers serfs on their own land, is suggested as one of the 10 leading democracies," questioned the 88-year-old crossbench peer.

British minister Lord True responded to the query by refusing to address a "broad denunciation" of any nation. “Our values are democratic; they are very widely shared and practised across the world. We wish to sustain that," the minister said.

"Farmers are peacefully protesting over controversial bills that will impact their livelihoods. Water cannons, and tear gas, are being used to silence them," she said.

Her party colleague, Tan Dhesi, has also been active on social media to praise scenes of protesters feeding the security personnel on guard during the demonstrations.

Among some of the other UK-based personalities speaking out over the issue, include filmmaker Gurinder Chadha and former England team cricket Monty Panesar -- both of Punjabi origin.

"India is proud of being the biggest democracy in the world, that's how it is described in the west. Let's hope that valiant title remains true today,” said Chadha, alongside images of the protests in India posted on her Twitter account.

The sportsman-broadcaster also posted a video message for farmers from different states of India to join Punjabi farmers in the fight for their rights.

Several charities and organisations such as Khalsa Aid and Punjab Kisan Support Fund have been rallying to raise funds in support of the protestors.

Thousands of farmers have laid siege to Delhi for the past few days as they protest against the new farm laws that they say are against their interests. The government says its agricultural reforms, which open the farming sector to private players, will not hurt farmers.

The critical talks between three Union ministers and farmer groups ended in a stalemate on Tuesday after they rejected the government's suggestion of a new committee to look into issues raised by agitating farmers.

The next round of talks with the government over the issue are scheduled for Thursday.