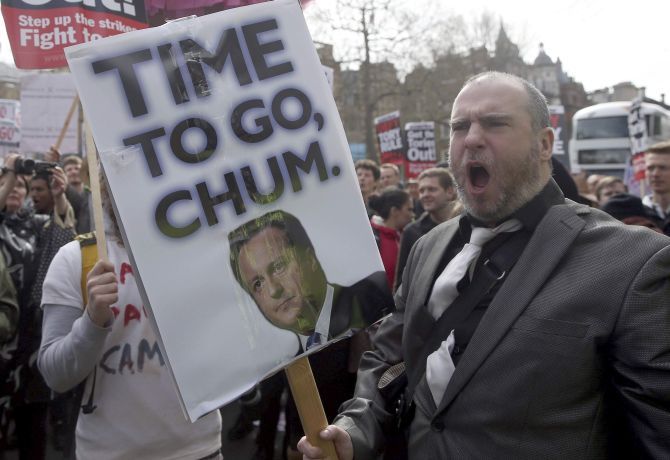 Amid mounting pressure, United Kingdom Prime Minister David Cameron on Sunday released his personal tax returns and ordered a new taskforce to probe tax-dodging allegations in a bid to defuse the Panama Papers row over his investment in his late father’s offshore business.

The disclosure comes hours after Cameron admitted that he could have handled the tax row arising out of the Panama Papers leak “better”, saying he will imminently publish details of his personal tax affairs.

“I know there are lessons to learn and I will learn them,” he had said.

He also announced a new taskforce to investigate tax-dodging allegations which is unlikely to spare him despite the confession.

The force will be led by the Her Majesty’s Revenue and Customs tax authority and the National Crime Agency. The taskforce will investigate the leaked files to identify clients of the Panama firm suspected of money laundering and tax evasion and publish its findings later this year.

Cameron’s office confirmed he had received two gifts of about $160,000 (Rs 1.06 crore) each from his mother in 2011. That was the year after the prime minister’s father died and those gifts did not appear on his income tax returns.

British newspapers questioned whether the gifts were an effort to avoid paying inheritance tax on his late father’s estate. Cameron’s office declined further comment on the gifts.

The Panama Papers revelations have sparked political reaction around the world, including India, where high-profile figures have been implicated for tax avoidance.

Cameron had been under increasing pressure as he refused to give details of his family’s money held offshore in a Caribbean tax haven.

His late father Ian Cameron’s name is allegedly named in the over 11 million leaked documents from the Panama-based law firm Mossack Fonseca that were shared by the International Consortium of Investigative Journalists with 107 media organisations around the world.

According to the Consortium, Ian Cameron used Mossack Fonseca’s services to shield profits from his investment fund, Blairmore Holdings Inc, with a series of expensive and complicated arrangements.

Image: Demonstrators hold placards during a protest outside Downing Street in Whitehall, central London. British Prime Minister David Cameron said on Saturday he should have handled scrutiny of his family’s tax arrangements better and promised to learn the lessons after days of negative media coverage and calls for his resignation Photograph: Neil Hall/Reuters