Britain’s Queen Elizabeth II will meet her grandson Prince Harry for face-to-face talks on Monday to discuss the future roles for him and his wife Meghan Markle following the couple's bombshell announcement that they want to "step back" from Britain's royal duties. 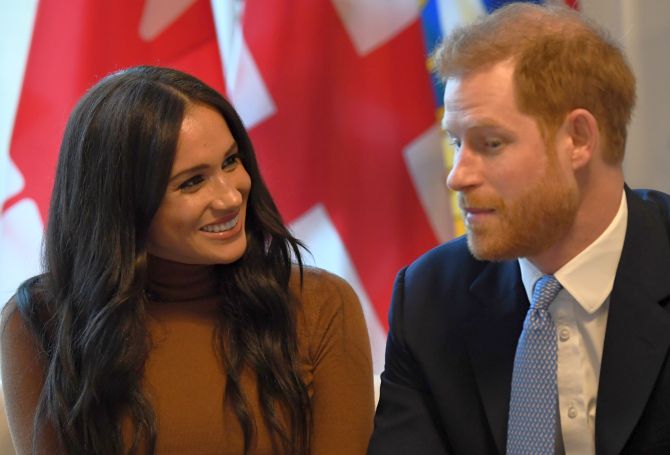 Prince Harry, the Duke of Sussex, his brother William, the Duke of Cambridge, and their father Charles, the Prince of Wales, have all been invited to the emergency meeting at the Queen's Sandringham estate in Norfolk, while Meghan, who is in Canada with the couple's eight-month-old son Archie, is expected to join the discussion over phone.

The meeting will be the first time the 93-year-old monarch has come face-to-face with Harry since the Sussex crisis exploded. It will determine the couple's future roles and decide if they will retain their royal titles as the Duke and Duchess of Sussex.

The couple made their bombshell announcement on Wednesday that they intend to "step back" from being frontline royals, split their time between the UK and North America, and work towards becoming "financially independent".

According to royal insiders, the so-called Sandringham Summit is expected to thrash out some of the key details, but a complete resolution to the couple's expressed wish to split their time between the United Kingdom and North America and become financially independent is unlikely to be achieved at the end of Monday's meeting.

There are likely to be tax implications as a result of such unprecedented changes to their residential and financial status as royals.

A concrete plan is expected to be broadly agreed and publicly announced sometime in the coming week, with details left to be fleshed out over time.

Some of the issues to be discussed at the crisis talks would include how much "official" royal work Harry, 35, and Meghan, 38, will do in the UK and overseas on behalf of the royal family and the government.

It will also discuss Harry and Meghan's His and Her Royal Highness titles, and how they will be styled; how much money they might receive from the Queen and Prince Charles once their Sovereign Grant public funding is cut; and what commercial deals the couple might be allowed to strike.

The crunch meeting presided over by the 93-year-old monarch, being dubbed a family showdown, will present Harry with a range of draft written proposals -- compiled by a team of aides and private secretaries.

The Queen traditionally remains at Sandringham in the Norfolk county of England after Christmas until February 6, the anniversary of the death of her father, King George VI.

"The family will gather on Monday at Sandringham to talk things through. The Queen, the Prince of Wales, the Duke of Cambridge and the Duke of Sussex will meet for the first time," a Buckingham Palace source was quoted as saying by 'The Telegraph' on Sunday.

"Following a series of meetings and consultations across the last few days there are a range of possibilities for the family to review which take into account the thinking the Sussexes outlined earlier in the week," the report said.

The aide stressed that this was not a simple deal to strike as making a change to the working life and role in the monarchy for the Duke and Duchess of Sussex required "complex and thoughtful discussion".

"Next steps will be agreed at the meeting and the request for this to be resolved at pace is still Her Majesty's wish. The aim remains for this to be in days, not weeks. There is genuine agreement and understanding that any decision will take time to be implemented," the source said.

It is hoped that when a deal is finally agreed for the way in which the Sussexes will spend their future lives, it will form a blueprint for future royal generations, including Princess Charlotte and Prince Louis – the children of William and Kate who are not in the direct line of succession for the British crown.

Meanwhile, William has spoken of his "sadness" at the broken bond with his younger brother.

According to 'The Times', William told a friend: "I've put my arm around my brother all our lives and I can't do that anymore; we're separate entities".

"I'm sad about that. All we can do, and all I can do, is try and support them and hope that the time comes when we're all singing from the same page. I want everyone to play on the team," the 37-year-old second in line to the British throne was quoted as saying on Sunday.

The brothers were seen as being close until a split emerged months after Harry's wedding to Markle in May 2017 when they decided to divide up their joint charitable foundation.

Harry is due to make his first public appearance on Thursday since renouncing his senior royal role, when he will host the Rugby League World Cup 2021 draws for the wheelchair tournaments, at Buckingham Palace.

The royal family was said to be "hurt" and "blindsided" by the couple's shock announcement, which they said was finalised after "many months of reflection and internal discussions". 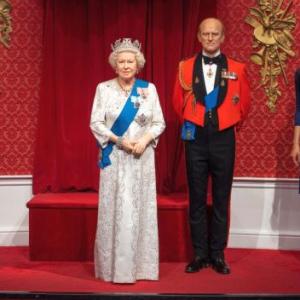