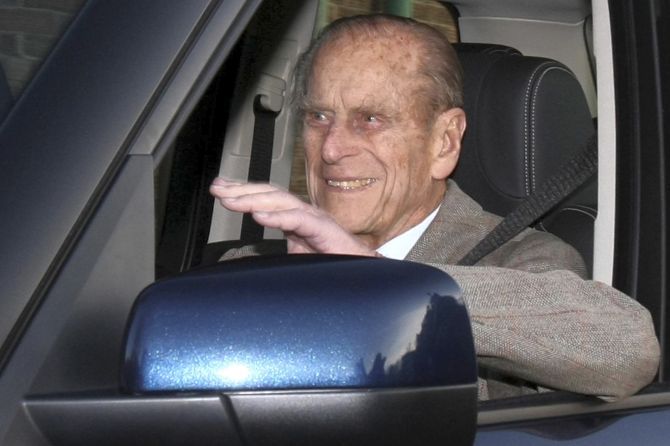 IMAGE: Images of Britain's Prince Philip driving at 97 has raised the debate on driving and old age in UK. Currently, there is no upper age limit for driving in the UK. Photograph: Neil Hall/Reuters

The Duke of Edinburgh has been pictured back behind the wheel of a new Land Rover on Saturday afternoon on the Sandringham estate, the royal family’s Norfolk retreat near to which the Thursday’s accident took place, the Telegraph reported.

The Duke was given “suitable words of advice” by Norfolk Police after the pictures were published in newspapers.

On Thursday, Philip escaped a crash when a Tata Motors’ Land Rover he was driving flipped onto its side after a collision with another car carrying two women and a nine-month-old baby.

The Duke was unharmed but the two women in the Kia hatchback were injured in the accident. The old baby who was in the back seat of car was uninjured. It was suggested that the royal was dazzled by sunlight at a T-junction and his vehicle hit the Kia.

Though Philip was unhurt, the accident stirred up a debate in the UK about old age and driving and raised questions over the duke still driving himself on public roads.

At present, there is no upper age limit for driving in the UK. However, a person’s driving licence expires once he or she reaches the age of 70. 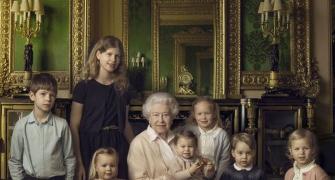 Queen@90: 15 facts about her that might surprise you
Prince Philip kicks up another storm 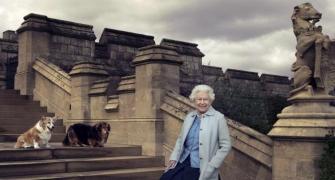 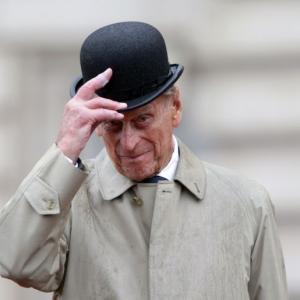