Britain's Prince Andrew to arrive in Delhi on Monday

Britain's Prince Andrew, the Duke of York, will arrive here tomorrow on a week-long visit to further enhance ties with India in diverse areas including defence and trade.

The Prince, who will be in India to represent Queen Elizabeth II in the year of her Diamond Jubilee, will also travel to Mumbai, Kolkata, Chennai, Bangalore and north eastern state of Nagaland.

"The visit will incorporate a wide range of themes, from inclusive development and defence ties to the growing business relationship," the British High Commission here said in a statement. It said the engagements will also illustrate how British-Indian relations have changed over the 60 year reign of the Queen.

Apart from meeting top people in the government, the Duke of York will take a look at the Agragami project, dedicated to improving the lives of some of Delhi's most  ulnerable families.

In Mumbai, he will visit the Western Naval Command and the Dhirubhai Ambani International School, besides meeting leading members the business community.

In Kolkata, the Duke will have a number of engagements including visit to a child-care home and vocational education centre run by the Women's Interlink Foundation while in  he will visit the Madras War Graves and attend a special Thanksgiving and  commemoration Service at St Mary's Church.

In Bangalore, the Duke of York will call on the Governor of Karnataka and visit Infosys and Hindustan Aeronautics Ltd.

The Duke will also travel to Kohima, the capital of  Nagaland and visit the  Commonwealth War Graves Cemetery.

The Battle of Kohima in World War II claimed thousands of lives of British and Indian servicemen. It would be the first time that a member of British Royal family will visit the historic place. 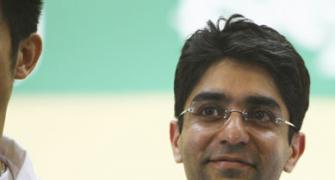 For Bindra, Olympic gold is history; focus on London
Are you ready for the Yogathon Challenge?

Are you ready for the Yogathon Challenge? 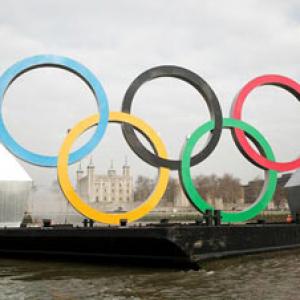