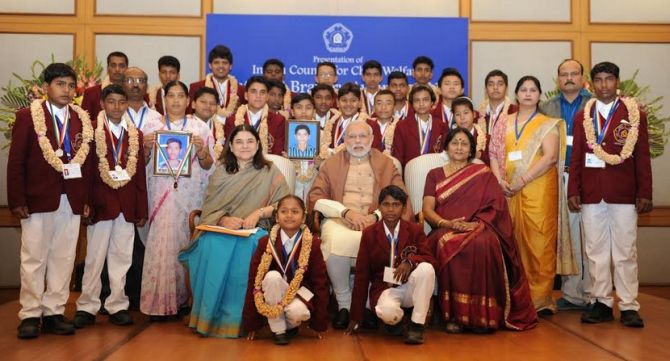 Twenty-five children were on Sunday presented the National Bravery Awards by Prime Minister Narendra Modi who asked the society at large to be inspired by them and have a sense of kinship towards others.

Congratulating the award winners and their parents, he said the presence of mind, quick thinking, selfless determination and sensitivity for fellow human beings in distress were the most important elements of the acts of bravery performed by these children.

Modi told the award winners that this act of bravery should not become an end in itself but their lives must continue to evolve and they should continue to serve the society to the best of their abilities.

"Till there is sensitivity within a human being, bravery cannot come forth... This (bravery acts) happens when there is a feeling of kinship," the Prime Minister said.

Giving an example of how one's hand reacts immediately to remove any particle that may go into the eye of a person, he said, "When there is such a feeling for the human kind, for the society, for the environment, it inspires and converts into an act of bravery."

The National Bravery Award Scheme was initiated by the Indian Council for Child Welfare to give due recognition to the children who distinguish themselves by performing outstanding deeds of bravery and meritorious service and to inspire other children to emulate their examples.

Source: PTI© Copyright 2021 PTI. All rights reserved. Republication or redistribution of PTI content, including by framing or similar means, is expressly prohibited without the prior written consent.
Related News: Narendra Modi, Indian Council of Child Welfare, National Awards for Bravery
Print this article 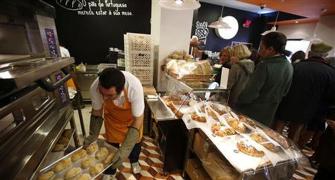 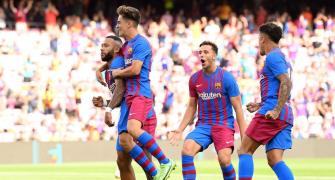 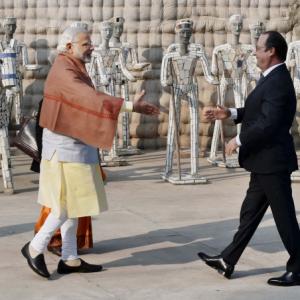 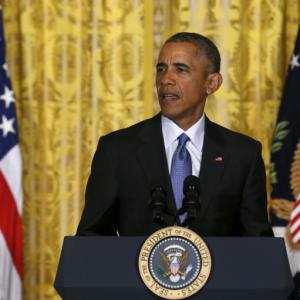 Pakistan 'can and must' dismantle all terror networks: Obama