While the outcome of their first head-on BBC television debate clash on Monday night was less than decisive, betting odds aggregator Oddschecker sees Truss pulling ahead in the race to succeed Boris Johnson as British prime minister with a 75 per cent chance of winning compared to Sunak's 25 per cent.

The odds in favour of a Truss victory have risen sharply after the debate, with some bookies offering as much as 1/4 odds.

Meanwhile, a YouGov survey of 507 Tory members, who will be among the estimated 180,000 to vote for the final winner, also favoured the foreign secretary. Almost two-thirds or 63 per cent believed Truss came across as being more in touch with the electorate while 42-year-old Sunak was picked by just 19 per cent.

Amid allegations from the Truss camp of Sunak ”mansplaining” during the debate -- or a man explaining something, typically to a woman, in a condescending or patronising manner -- 54 per cent said that Truss came across as more likeable, compared to 35 per cent for Sunak.

On who was the better overall performer during the BBC debate, around 50 per cent among the Tory respondents said it was Truss while 39 per cent picked Sunak.

The survey also found that Tory members believed the 47-year-old foreign secretary had performed better than the former chancellor in every area covered during the debate, ranging from the Ukraine war to taxation to Brexit.

”I think he's passionate about these issues, he cares about it,” said David Davis, a former Brexit minister, dismissing mansplaining allegations.

"He really does care about the fact that either us or our children will face phenomenal costs on this policy, life-destroying, you'd have to sell your house, move out. I think it actually reflects well on him that he's that passionate about the policy," he told Sky News.

However, Truss supporter and Tory minister Simon Clarke accused Sunak of being ”extremely aggressive” in the early part of the debate, when he interrupted his opponent and both candidates spoke over each other at times.

"I am not going to attach labels to the approach that Rishi took. Ultimately everyone has to account for their own performance in these debates and make their points passionately. There are important issues at stake here. But I can see why it got some people's backs up," he told LBC Radio.

Meanwhile, the Ready4Rishi campaign team said the British Indian former minister is winning the argument on the economy.

”Her [Truss] plans would leave our children and grandchildren with billions of pounds worth of debt. That is not what the Conservative Party is about,” the campaign said in a post-debate statement.

”We need someone that has the consistency and1 courage of their convictions. And that's what Rishi will bring as prime minister,” it said.

Aditi Phadnis in London
Source: PTI© Copyright 2022 PTI. All rights reserved. Republication or redistribution of PTI content, including by framing or similar means, is expressly prohibited without the prior written consent.
Print this article 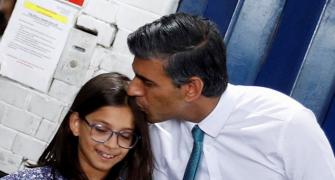 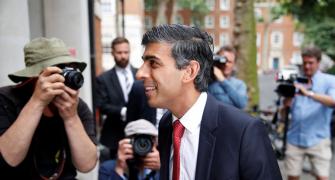 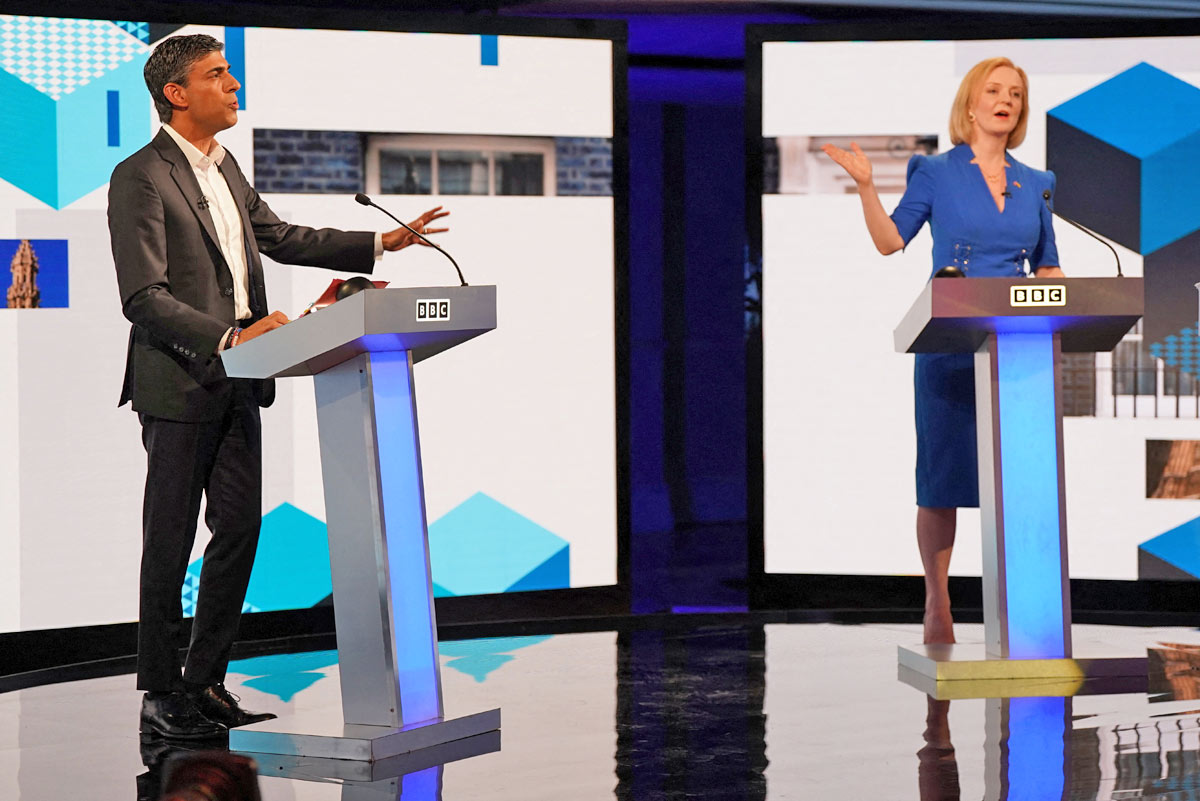 Why Is Rishi Sunak Laughing?