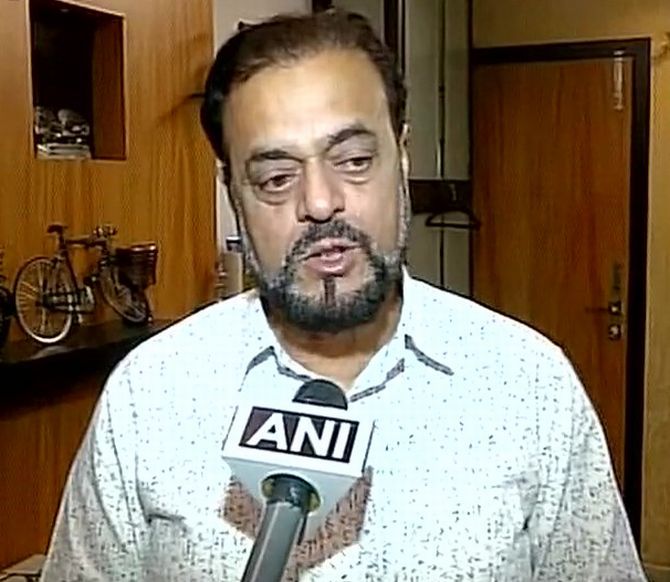 Samajwadi Party’s Maharashtra unit chief Abu Azmi on Tuesday said though it was the duty of police to ensure safety of women on the New Year eve, women should not forget that ‘security starts at home’, and that partying late night is not in the Indian culture.

"Partying late night in half attire, blindly following western culture, has never been our culture. Ladies hailing from well-to-do families, be it from Maharashtra, Gujarat, Rajasthan or Uttar Pradesh, they come out in decent attire and mostly with their family members,” he said, when asked about alleged harassment of women in Bangaluru during the New Year’s Eve.

"I am saying what happened is very unfortunate. Undoubtedly, making security arrangement to thwart any eventuality is police’s job. But, as far as Bengaluru molestation is concerned, women and their guardians must also take precautions and think that security starts at home. Our women must think about their own security themselves," Azmi said.

New Year revelry turned into a nightmare for several women who were allegedly molested despite huge police presence at a large gathering at Bengaluru’s downtown region, sparking widespread outrage.

"But when few women in half dress come out on streets at late night with their friends, such incidents do occur," said Azmi, an MLA from Shivaji Nagar in suburban Mumbai.

"The women are pride of our family and country. Therefore, it is our duty to safeguard them. If we allow them to follow western culture blindly, then I am sorry to say that people will misbehave them in such ways," the SP leader said.

Azmi also defended Karnataka Home Minister G Parameshwara who had stoked a controversy by blaming the youngsters' 'western ways' for the incidents.

"He (Parameshwara) said the harsh reality. These kind of things do happen when women try to copy the westerners, not only in their mindset but even in their dressing," he said.

Eyewitness accounts suggest that women were molested and groped and lewd remarks were also passed by miscreants late night on December 31 in a posh area of Bengaluru even as it was claimed that 1,500 police personnel had been deployed to control the crowds.

National Commission of Women Chairperson Lalitha Kumaramangalam had come down heavily on the police and slammed Parameshwara’s remarks, demanding that he should resign.

The NCW as well as the Karnataka State Commission for Women also sought separate reports from administration and police over the incidents.