Karnataka Chief Minister Basavaraj Bommai on Saturday allocated portfolios to ministers in his new cabinet, with most of them retaining the ministries they had in the previous B S Yediyurappa government. 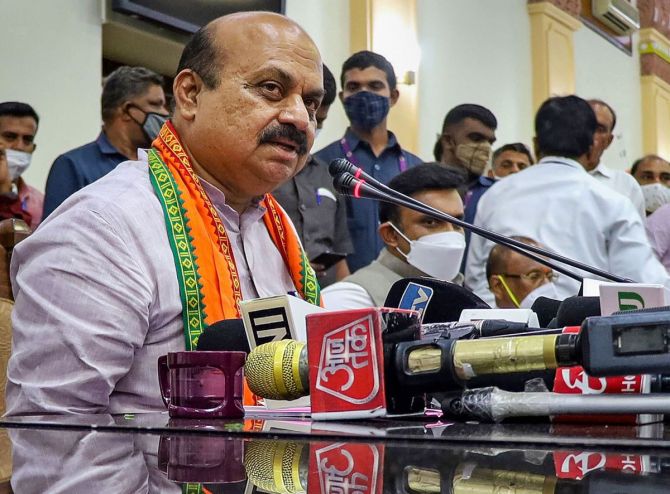 In a surprising move, debutant ministers have got plum portfolios like Araga Jnanendra -- Home and V Sunil Kumar -- Energy, along with Kannada and Culture.

The chief minister, who had on Wednesday expanded his new cabinet by inducting 29 ministers, had played it safe by and large retaining old faces, as 23 of them were Ministers in the previous Yediyurappa cabinet, while six were new.

Seventeen ministers have retained the portfolios that they had served in the previous government. Out of them, eight are those who had joined the BJP after quitting the Congress-Janata Dal-Secular coalition in 2019, and helped the saffron party come to power.

At least six ministers, who are either long-time BJP loyalists or with RSS background, including Araga Jnanendra and Sunil Kumar, have got plum portfolios.

The portfolio allocation has given rise to some amount of disgruntlement, with two ministers -- Anand Singh and M T B Nagaraj -- openly expressing displeasure about their portfolios.

Downplaying the disgruntlement among his cabinet colleagues, the chief minister said he will speak to them personally and sort out the issue, as everyone can't get the portfolio they ask for.

Bommai has retained the Department of Personnel and Administrative Reforms, Finance, Intelligence, Cabinet Affairs, Bengaluru Development and all unallocated portfolios, with himself.

With Bruhat Bengaluru Mahanagara Palike elections around the corner, it was widely expected that Bengaluru Development would be allocated to a senior Minister from the city, but the CM has retained it with himself, keeping in view the number of aspirants for the plum portfolio.

While most ministers have retained the portfolios held in the previous government, those with major changes include Govind Karjol -- water resources, C C Patil -- public works, B Sriramulu -- transport and ST welfare, Murugesh Nirani -- Industries.

K Sudhakar has retained the all important health and medical education department, amid the raging COVID-19 pandemic.

Lone woman minister in the Cabinet Shashikala Jolle has been made in-charge of Muzrai, Wakf & Haj.

She was women & child development minister in the Yediyurappa cabinet and had faced corruption allegations.

New face Halappa Achar is now the women & child development minister, along with the Mines and Geology portfolio.

Ministers -- MTB Nagaraj and Anand Singh, who openly expressed displeasure about their portfolios, had quit the Congress-JD-S coalition and had joined the BJP in 2019.

"Previous CM BSY (Yediyurappa) ji and present CM Basavaraj Bommai ji have not kept their word. I am not happy with allotted portfolio. Will take a call in this regard in 2-3 days," Nagaraj tweeted.

He has retained the Municipal Administration portfolio that he had in the previous government, and has been given the additional charge of Small Scale Industries and Public Sector Industries.

Expressing dissatisfaction about the portfolio allocated to him, Anand Singh, who has been made in-charge of Environment, Ecology and Tourism departments, said he will meet the chief minister regarding the matter, but will not take any step that would cause embarrassment to the party.

"I had not asked for this, I had requested the party leadership. I can only say that my request has not been considered, but cannot make any comments or criticism against it. I'm planning to meet the Chief Minister and make a request to him again," he said, but did not specify about the department he wants.

Reacting to Singh's statement, Bommai said, "I will call and talk to him. He is my good friend."

Later speaking to reporters in Hubballi, in response to a question on the portfolio Singh desired, the CM said, "naturally everyone will have desire (for certain ministries), it cannot be made public... everyone can't get the portfolio they ask for. I will talk to him."

Responding to a question on debutant ministers getting plum portfolios, Bommai said, it is with an intention to bring in new changes. 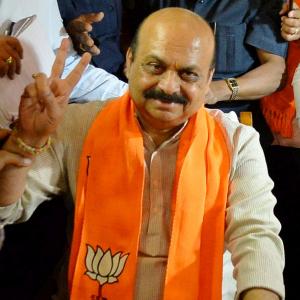 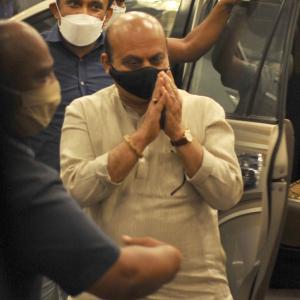