The Bombay high court on Thursday confirmed the death penalty awarded to a 30-year-old man for the rape and murder of a woman techie, saying the maximum punishment was appropriate in the case, considering 'increasing incidents of crime against women' in India.

Chandrabhan Sanap, was pronounced guilty by a special court in 2015 and awarded the death sentence for the rape and murder of the 23-year-old software professional who was employed with a leading IT firm in Mumbai.

A bench of justices Ranjit More and Bharati Dangre said while the 2012 (Delhi) gang rape case -- where the victim was a paramedical student -- brought in a criminal amendment to make rape laws stricter, incidents such as the Shakti Mills rape case here and countless other cases of sexual assault continued to take place across the nation.

"The increasing incidents (of crime against women) have led to the entire womenfolk in the country questioning their safety. They expect the legislature and the judiciary to restore their faith in the system," the bench said.

The judges described the convict as a 'menace to society' and said rising crime against women should be tackled on all fronts.

"Crime against women, which are on the rise, need to be tackled on all fronts in a manner which should respond to the society's cry for justice against such criminals.

"The victim was done to death by the accused for no fault of her own, except for a reason that she is a woman and she fell prey to the sinister design of the accused to fulfil his lust. The said attitude of the accused, according to us, deserves a death sentence," the bench said.

The verdict came following an appeal filed by Sanap, who had challenged an October 2015 order of the trial court convicting and sentencing him to death on charges of rape, kidnap and murder.

The Maharashtra government had filed a plea seeking that Sanap's death sentence be ratified by the high court.

As per the prosecution, on January 5, 2014, the victim reached the Lokmanya Tilak Terminus railway station in suburban Mumbai from her native place in Andhra Pradesh after visiting her parents during a small break from work.

Around 5 am, she met Sanap outside the station and he offered to drop her to YWCA hostel in suburban Andheri, where she stayed, on his motorbike in return for Rs 300.

She agreed to his offer. However, on the way Sanap took her to a secluded spot near Kanjurmarg, raped and killed her, said the prosecution.

He partially burnt her dead body and dumped it in the bushes off the Eastern Express Highway, where it was found by the victim's family on January 14 that year.

While Sanap denied all charges against him, the trial court convicted him, holding the case falls in the "rarest of rare" category and thus, warranted the death sentence.

On Thursday, the high court agreed with the trial court order and held that the case was the rarest of rare one and that the 'enormity' of Sanap's crime had 'shocked the conscience of the society'.

"The offence of murder was committed for a petty achievement of satisfying the lust of the accused (Sanap). He was barbaric, and showed no regard to the life of a happless young girl," the bench said.

The judges also dimissed the defence's plea for leniency on the ground of Sanap's good conduct as an under trial.

They said Sanap was "a menace to the society" and that he showed no possibility of reformation.

The bench also lamented that women in the country were having to face rampant attacks on their safety and wellbeing.

"In the modern scenario, women don't expect to be worshipped. However, they surely expect to be able to breathe safe, and feel safe in and outside of their houses," the bench said in its 167-page verdict. 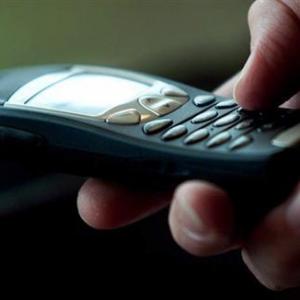