Brazilian President Jair Messias Bolsonaro on Sunday joined a select group of world leaders to have graced India's Republic Day celebrations in the past few decades. 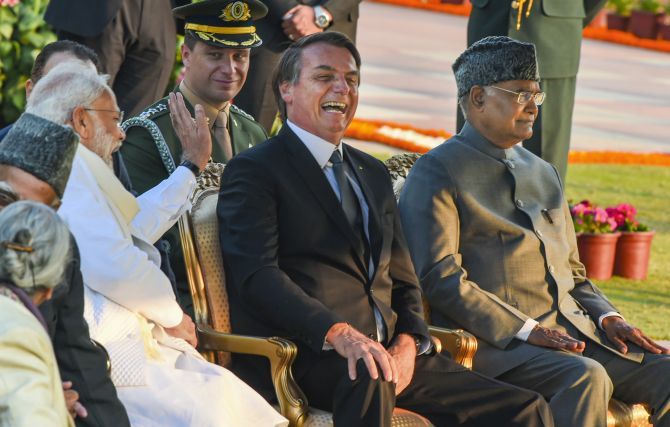 Bolsonaro, as the chief guest at the 71st Republic Day celebrations, watched the colourful parade at the majestic Rajpath along with President Ram Nath Kovind, Prime Minister Narendra Modi and a host of other leaders.

Bolsonaro later attended the 'at home' reception hosted by President Ram Nath Kovind at Rashtrapati Bhavan in the evening. 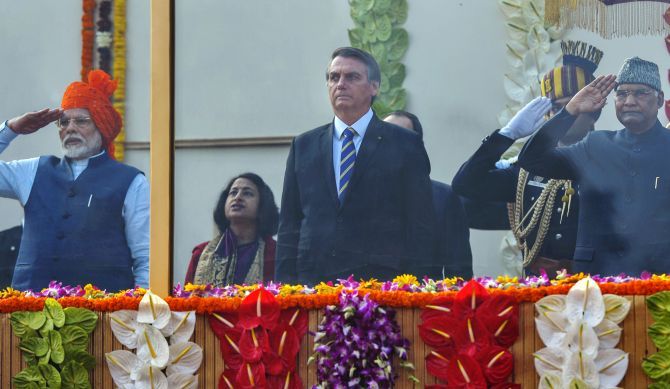 This is the third time that a Brazilian President was the chief guest at the Republic Day.

The last time a Brazilian president was the chief guest was in 2004 when Luiz Inacio Lula da Silva attended the parade.

Brazilian President Bolsonaro held talks with Prime Minister Narendra Modi on Saturday after which India and Brazil inked 15 agreements to ramp up cooperation in a wide range of areas, including oil and gas, and unveiled an action plan to further broadbase their strategic ties. 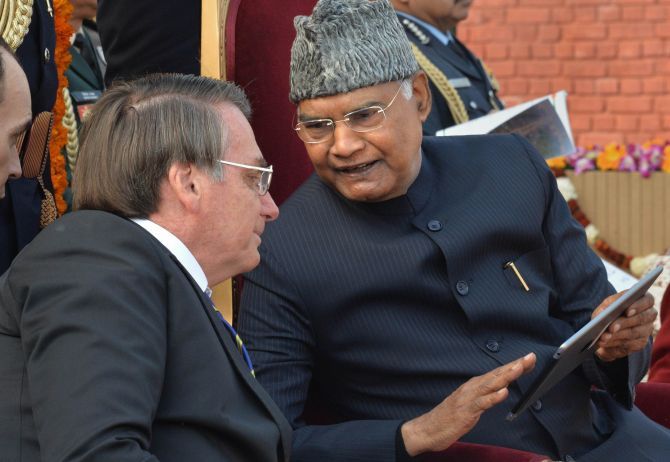 IMAGE: The two Presidents in conversation during the parade. Photograph: PTI Photo

This is the first visit of Bolsonaro to India after he assumed office on January 1, 2019.

Invitation to Brazilian President Bolsonaro had drawn criticism from certain quarters with questions raised over a "controversial" figure like him being chosen to be the chief guest at the Republic Day parade.

Asked about the issue, Secretary (East) Vijay Thakur Singh had said last week that he is an elected leader in a democratic country which is an emerging power in the region and one with which India has strong and substantive relations. 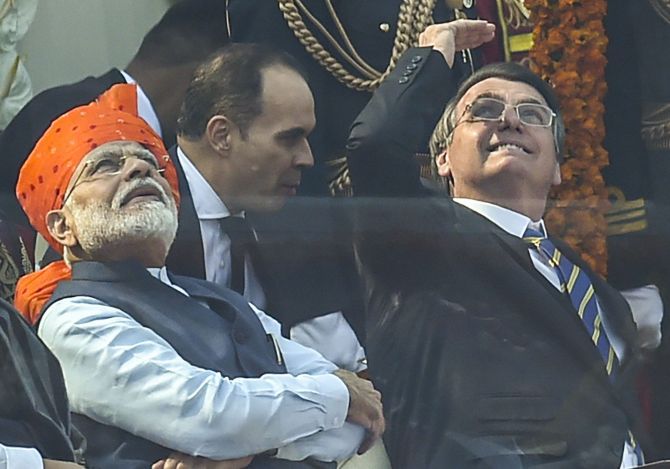 In 2017, Crown Prince of Abu Dhabi Sheikh Mohamed bin Zayed Al Nahyan was the chief guest at celebrations, while then French President Francois Hollande graced the occasion in 2016.

In 2015, then United States President Barack Obama watched the parade.

In 2014, Japanese Prime Minister Shinzo Abe was the chief guest at the celebrations, while Bhutan king Jigme Khesar Namgyel Wangchuck attended the parade in 2013. 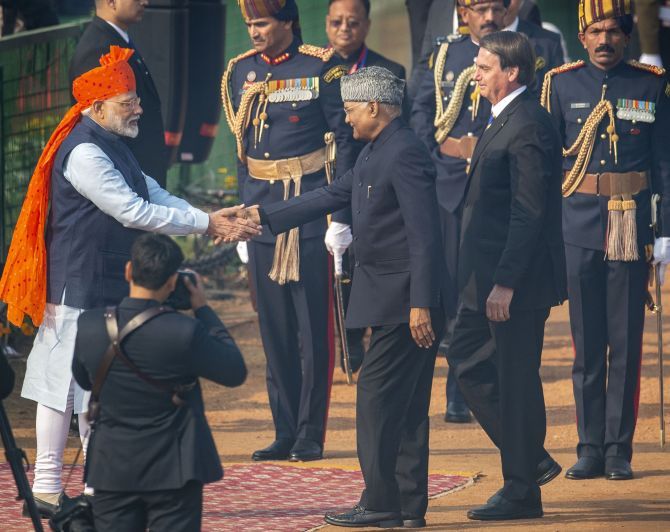 In 1993, then British Prime Minister John Major had attended the celebrations. Nelson Mandela participated in the event as South African President in 1995, while South Korean President President Lee Myung Bak witnessed the parade in 2010.

Other world leaders who have attended the celebrations include Nepal's King Birendra Bir Bikram Shah Dev in 1999, Iranian President Mohammed Khatami in 2003, Indonesian President Susilo Bambang Yudhoyono in 2011 and President of the Maldives Maumoon Abdul Gayoom in 1991.