The trial of disgraced Chinese leader Bo Xilai's wife Gu Kailai, who was charged with the murder of a British businessman, would test the credibility of Chinese judicial system, state-run media said in Beijing on Friday.

Gu and Zhang Xiaojun, her domestic help were formally charged with homicide by the Hefei Municipal Procuratorate in Anhui Province on Thursday, setting the stage for a high profile  judicial trial ahead of the crucial Chinese Communist Party Congress in November which would select a new leadership, replacing the present set of leaders.

As Gu is the wife of Bo, a dismissed member of the Political Bureau, the case has drawn widespread attention, the trial held according to law will strengthen the Chinese people's confidence in the country's legal system, state-run Global Times daily said in an editorial.

"The special background of Gu Kailai and the relationship between her case and the Bo Xilai case can easily trigger speculation in society nowadays. The social psychological and opinion sphere is quite complicated, and will linger throughout the trial," it said.

"The law should be the sole principle followed by the trial. No matter what impact the ruling will have, judges must be loyal to the law. This is a test of their commitment to the rule of law. Both the trial and the final verdict should reflect their consciences," it said.

"The trial will also test whether the principle that everybody is equal before the law truly stands," it said and urged people to see it as a criminal case.

"This is a criminal case, and society should see it as one. The public should adopt this attitude. Every citizen is an ordinary person when sitting in the defendant's seat," it said.

Gu, a hardline leader who began campaigning for revival of Mao's hardline policies discarded by China three decades ago was charged with killing of British businessman   Neil Heywood.

If charges are proved, she and her domestic help may face a death penalty. Speculation is rife that Bo too may be tried for shielding wife. He is currently suspended by the party for violating party discipline.

Meanwhile, over 60 Chinese officials at the ministerial and provincial levels have been punished for discipline violations since the party's last national congress. The high-level officials were among 600,000 people who faced punishment for violating Party and  government discipline since the 17th National Congress of Communist Party of China in 2007, according to a statement from the CPC Central Commission for Discipline Inspection.

More than 200,000 were turned over to prosecutors for breaches of law, Xinhua quoted the CCDI statement as saying. One of them was former railway minister Liu Zhijun, who was expelled from the CPC after being investigated for corruption in May. 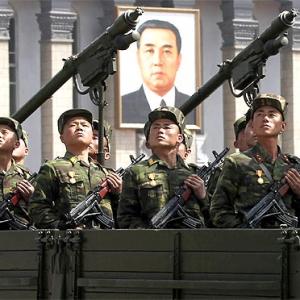