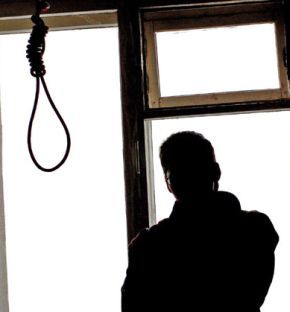 The Blue Whale Challenge has claimed its first victim in Tamil Nadu in a 19-year-old college student, who hanged himself at his house, police said on Thursday.

Vigesh in a suicide note wrote ‘the game was a devastating one... once you enter it, you would not be able to come out’, they said.

In another incident in the southern part of the state, a school student in Tirunelveli hurt himself reportedly after playing the social media ‘game’ which has been linked to teenage deaths in several countries.

Vignesh reportedly hanged himself at his house on Wednesday when his parents were at work.

His devastated father Jayamani, who works at a bakery, said he was not aware that his son was ‘so serious’ about the online game.

"I thought it was like boys playing on the street. But my son died due to the cruel game,” he said.

He appealed to the youngsters ‘not to be maniacal about video games’.

Jayamani also wanted the creator of the Blue Whale challenge to be identified and booked on murder charges.

He demanded that the central and state governments ban the game.

A police official told PTI that Vignesh had drawn a picture of blue whale on his hand with a ball pen.

In the suicide note, he wanted parents to keep a watch on their children so that they do not get involved in such online games.

The official said police had already asked computer centres to keep a watch on those playing online games.

The cyber police has been alerted about deadly online games and asked to keep a close watch on the Blue Whale challenge, the official added.

Meanwhile, a 15-year-old school student in Tirunelveli, hurt himself allegedly after playing the game, which involves a number of tasks which have to be completed by the player in 50 days.

The game ends in the person taking their own life.

Police said the boy had ‘harmed himself with a knife’ and suffered burn injuries. He has been hospitalised.