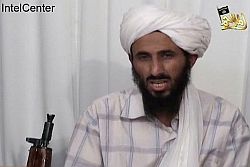 It is official now. Nasir Al-Wuhayshi, chief of the Al Qaeda in the Arabian Peninsula, has been killed in a recent drone attack in North Waziristan.

Intelligence sources confirmed to rediff.com that Al-Wuhayshi, also known as Abu Basir, was present at a compound in Ghulam Khan area of Waziristan that came under US drones attack on December 28 last year.

An intelligence official, who did not want to be named, told rediff.com, "Yes Al-Wuhayshi was present at the compound. The target was accurate and he died on the spot; another four militants also killed during the same attack."

On January 20, 2009, he announced the formation of Al Qaeda in the Arabian Peninsula (AQAP). He united Saudi and

Yemeni militants under the AQAP banner.

Abu-Sayyaf al-Shihri, a Saudi national and a former Guantanamo detainee, was working as his deputy. The AQAP has so far planned a number of attacks against the West and is suspected of being behind UPS and FedEx cargo bombing attempts.

Al-Wuhayshi also served as personal assistant to Osama in Afghanistan.

After the 9/11 attacks, he escaped from Afghanistan to Iran where he was arrested. Later, Iran handed him over to Yemen under a deal and he was put behind bars. In February
2006, ironically, he along with some other prisoners succeeded escaping from a jail in Yemen's capital Sana'a.

Once again, he returned to his old Al Qaeda friends and re-started his activities.

More recently, he was also playing the role of Webmaster and was in charge of different Al Qaeda websites. 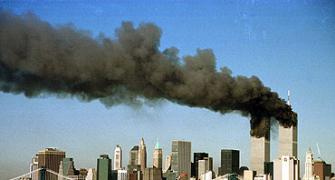 How Al Qaeda has weakened since 9/11 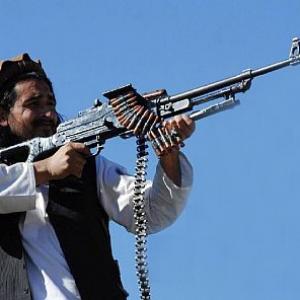