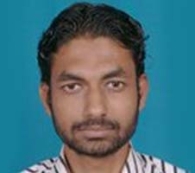 Indian Mujahideen’s Tehsin Akhtar was in Patna at the time of Sunday’s serial blasts. He set up teams of three to plant bombs. Vicky Nanjappa reports

Indian Mujahideen operative Tehsin Akhtar, who has emerged as the main suspect in the serial blasts that rocked Patna on Sunday, was in the city at the time of the attacks. Investigations reveal that disguised as a tourist, he surveyed the places including Gandhi maidan where Narendra Modi held his rally. Most bombs were placed in and around the ground, which is in the centre of the city.

The first information report filed in the case by the Bihar police pointed out that six men were part of this operation. Tehsin, who is the primary accused in the case, divided them in pairs of two for Sunday’s attack. One of the operatives even strapped a bomb around his waist, said sources from the Bihar police, even as they wait for the National Investigation Agency to take over the probe.

Investigators said that they have initial leads on six operatives who planted in bombs in Patna on Sunday, but suspect that at least five more were part of the operation. It’s difficult for a person to carry more than one bomb and this has led us to believe that more operatives could be involved, they added. (There were eight explosions that left six people dead and 83 injured.)

Of the six people named in the FIR, the police have two in custody -- Ainul alias Tarique and Imtiaz. Ainul was arrested when he was found crying in pain at a Patna junction toilet after a bomb exploded when he was trying to fit a timer. He is in a critical condition. Imtiaz was arrested at Patna station while fleeing shortly after the blasts. “We came to the conclusion about IM’s hand in the blast on the basis of statements made by Imtiaz,” a Bihar police official said.

An NIA officer said that these men could be a part of a fringe group within Bihar. The IM link can be ascertained only if the role of Tehsin is established. Barring Tehsin, there is no information about on the other suspects that prove that they were a part of the terror outfit, investigators concluded.