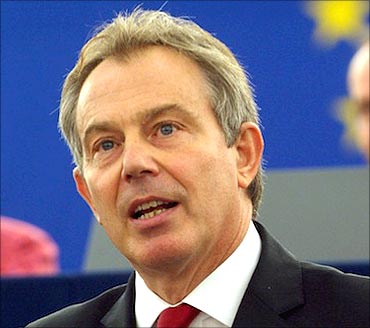 Britain's former Prime Minister Tony Blair has apologised for mistakes made over the Iraq war and said there were "elements of truth" to claims that the 2003 US-led invasion was the principle cause of the rise of the Islamic State.

Blair, however, stopped short of a full apology for the war, saying, "I find it hard to apologise for removing Saddam. I think, even from today in 2015, it is better that he's not there than that he is there."

"I can say that I apologise for the fact that the intelligence we received was wrong because, even though he had used chemical weapons extensively against his own people, against others, the programme in the form that we thought it was did not exist in the way that we thought," the two-time prime minister told CNN.

He made the remarks in reference to the claim that Saddam's regime possessed weapons of mass destruction, which was used by the US and British governments to justify launching the invasion. But the intelligence reports the claim was based on turned out to be false.

Blair, 62, said that besides the flawed Iraq intelligence, he also apologises "for some of the mistakes in planning and, certainly, our mistake in our understanding of what would happen once you removed the regime."

Blair, who served as the British prime minister from 1997 to 2007, acknowledged that there are "elements of truth" in the view that the 2003 invasion of Iraq was the principle cause of the rise of ISIS.

"Of course, you can't say that those of us who removed Saddam in 2003 bear no responsibility for the situation in 2015," Blair said.

"But it's important also to realise, one, that the Arab Spring which began in 2011 would also have had its impact on Iraq today, and two, ISIS actually came to prominence from a base in Syria and not in Iraq," he said.

His comments were widely seen by the British media as timed to coincide with the publication of the (John) Chilcot enquiry into the Iraq war by offering a qualified apology.

In his long-awaited report, the senior official is expected to criticise the use of intelligence that suggested Saddam had weapons of mass destruction in the run-up to the Iraq war

He is also expected to say that the United Kingdom and the United States failed to make adequate preparations for the aftermath of the invasion.

A Blair spokesperson said, "Tony Blair has always apologised for the intelligence being wrong and for mistakes in planning. He has always also said and says again here that he does not however think it was wrong to remove Saddam."

"He did not say the decision to remove Saddam in 2003 caused the IS, and pointed out that ISIS was barely heard of at the end of 2008, when Al Qaeda was basically beaten," he said.