Maharashtra BJP president Chandrakant Patil on Tuesday said his party has got nothing to do with political developments in the ruling Shiv Sena, whose minister Eknath Shinde has gone incommunicado along with some MLAs. 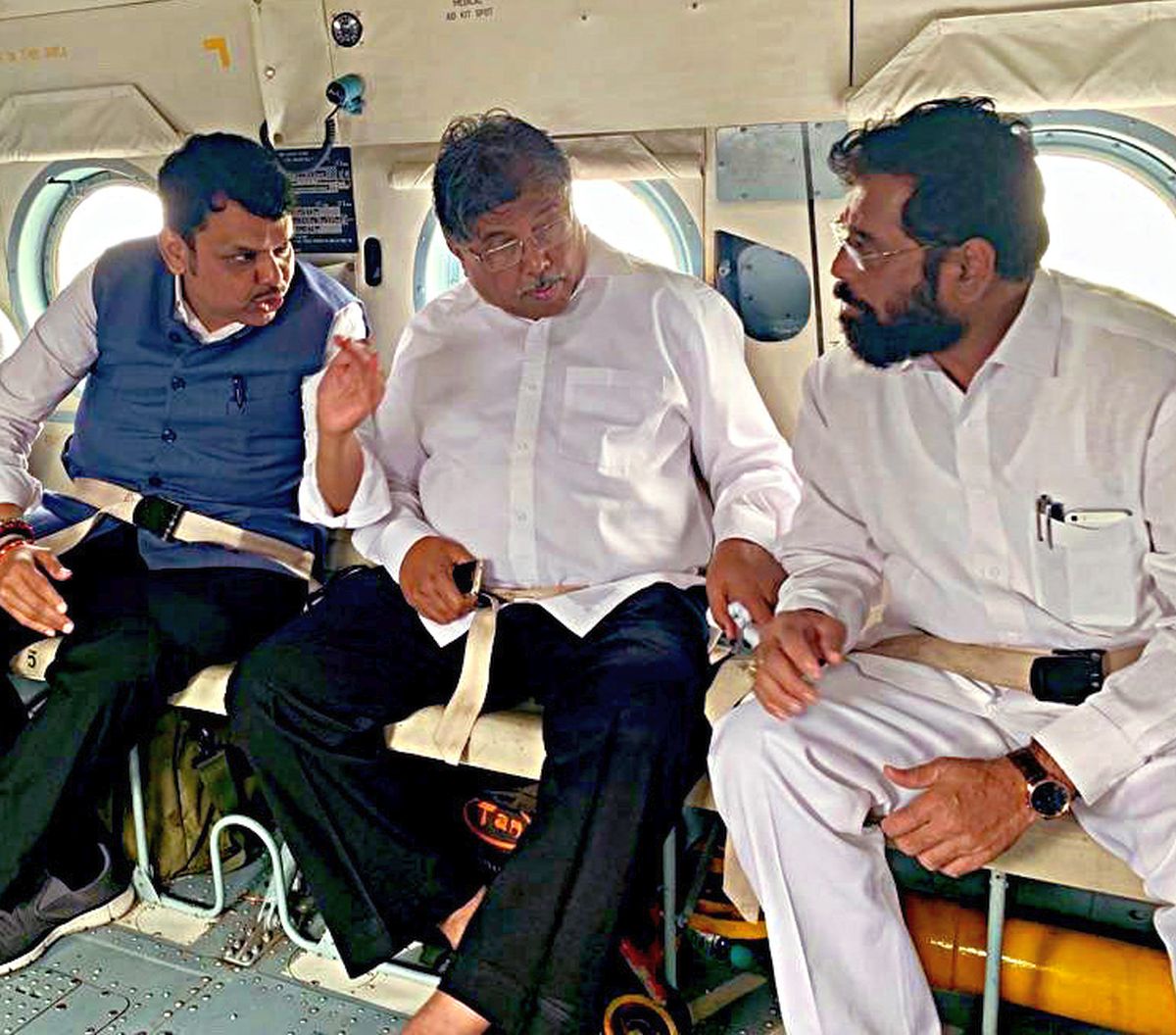 But, Patil also said if the BJP receives any proposal from Eknath Shinde to form government, they would "definitely consider it".

Shinde along with some Shiv Sena MLAs had gone incommunicado, a party leader said earlier on Tuesday, a day after the ruling Maha Vikas Agahdi (MVA-comprising the Sena, NCP and Congress) suffered a setback in the Maharashtra Legislative Council polls by losing one out of the six seats it contested.

Later, Shiv Sena MP Sanjay Raut said Shinde is not in Mumbai, but a communication has been established with him.

He also said that BJP's attempts, like in Rajasthan and Madhya Pradesh, to topple the MVA government will not succeed.

According to sources, Shinde was camping along with some Sena MLAs at a hotel in Gujarat's Surat city.

When contacted, Patil told PTI, "It is the Shiv Sena's internal matter. We are not aware why Shinde went to Surat with his party colleagues. We have nothing to do with his move."

"If the BJP receives any proposal from Eknath Shinde to form government, we would definitely consider it seriously. After all, we all have worked together in the past, hence it is much better to work and run a government with them," the BJP leader said.

Patil also claimed that Raut was solely responsible for frosty relations between the Sena and the BJP.

"He (Raut) is also doing a lot of damage to the state...and he is doing it on someone's behalf," the BJP leader further claimed.

The Shiv Sena had snapped ties with long-term ally after the 2019 Maharashtra Assembly polls over the issue of sharing the chief ministerial post. The Sena later tied-up with the NCP and Congress to form government in the state.

"Well done Eknathji, you took the right decision at the appropriate time. Otherwise, soon you would have ended up like Anand Dighe,” Rane tweeted.

Dighe, the Shiv Sena leader from Thane, had died in 2001.

Meanwhile, some BJP leaders claimed they were aware of the growing "unrest" within the Shiv Sena.

"There was no secret that several Sena leaders were unhappy with the government as well,” he said.

Asked if the BJP would try to form government with the support of Shiv Sena 'rebel' MLAs, Mungantiwar said he would not comment on it as he has not spoken to his party colleagues about these developments.

"In the MLC elections on Monday, the BJP managed to secure 134 votes, which technically means we are short of 11 votes (in the 288-member Maharashtra Assembly) to stake claim to form government. But, it easier to say it than actually make it happen," he said.

Senior BJP leader Devendra Fadnavis did not respond to messages sent to him for comments over the political developments in the state.