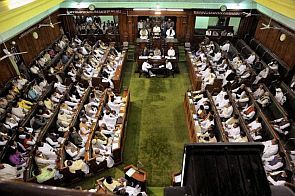 After dumping ally BJP, Bihar Chief Minister Nitish Kumar on Wednesday comfortably won a vote of confidence in his government in the Bihar Assembly amid signals of a new political alignment as Congress backed the motion.

A total of 126 votes, including four of Congress and one of CPI, were cast in favour of the confidence motion while 24, including 22 of Lalu Prasad led RJD, voted against the motion as BJP members staged a walkout before the vote.

Those who voted in favour of the motion included ruling JD(U)'s 117 and four Independents. Besides RJD's 22 MLAs, two Independents also opposed the motion.

Significantly, the Congress support for the government comes two days after Prime Minister Manmohan Singh described Kumar as secular and indicated that his party could do business with RJD. The Central government had already enhanced development assistance to Bihar as a backward state recently, setting off speculation that the two parties could come together in future elections.

In his speech in the Assembly, Kumar said, without taking the name of Narendra Modi, that the main reason for breaking the alliance with BJP was the elevation of the Gujarat chief minister in his party.

He said the slogan shouting by BJP MLAs hailing Modi went to buttress JD(U)'s point, an apparent reference to the possibility of BJP making him the Prime Ministerial candidate.

Later, the Chief Minister in a chat with reporters thanked the Congress party for voting in favour of the trust motion.

"But if you think that there was some discussion (between JD-U and Congress) about future, there has been no discussion," he said.

"If some workers of a party get excited that there is a wave in their favour, it is daydreaming which will evaporate definitely," Kumar said.

He said in the interest of secularism and democracy and to take the nation on the right path, the JD-U had to break the alliance.

The Chief Minister said he was not bothered about losing the chair. He also thanked CPI for supporting him.

BJP's 91 MLAs and lone LJP MLA staged a walkout and did not participate in the voting on which a division was insisted upon by members of JD-U and RJD.

Out of 6 Independents, two Dilip Verma and Jyoti Rashmi voted against the trust motion. Zakir Hussain Khan of Ramvilas Paswan's LJP party abstained from voting in the name of secularism.

Before walking out of the Assembly, BJP legislature party leader Nandkishore Yadav said, "We know you have mustered majority in the House through use of unethical (jugad) means you have learnt from new friend Congress .... therefore we are walking out for the day."

The BJP MLAs shouted slogans against Kumar and in favour of Modi before trooping out of the House, saying the "confidence vote sought by the CM has no meaning."

The atmosphere was surcharged in the House from the beginning with BJP and JD-U accusing each other of "betraying" the overwhelming mandate the people of the state had given to the NDA in the 2010 assembly elections.

Yadav refused to buy Nitish Kumar's argument that the BJP created a situation in which the JD-U was left with no option but to sever the ties.

"The truth is that since the 2009 Parliamentary elections (in which NDA bagged 32 out of 40 Lok Sabha seats) and 2010 Bihar Assembly elections (in which JD(U) and BJP together got 206 seats in 243-member Assembly), you became ambitious and thought of repeating Odisha Chief Minister Naveen Patnaik's dumping of BJP," he said.

"You were working on this plot and looking for an opportune time to kick out BJP and go alone," he said pointing an accusing finger at the CM who was looking at him. 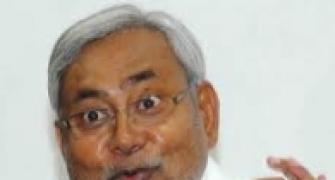 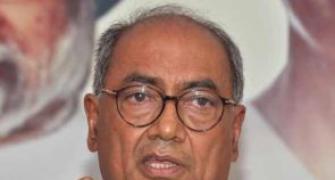 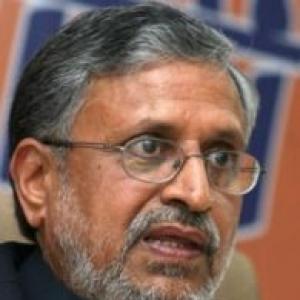