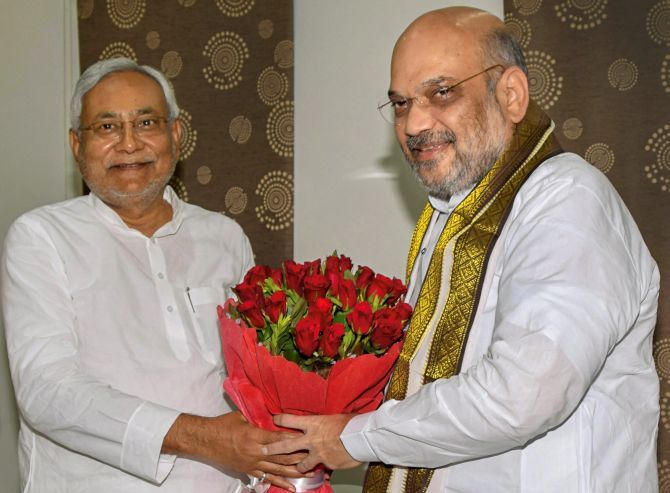 'The JD-U and BJP will go to the polls together,' Shah told a television channel, 'and we will fight the polls under the leadership of Nitishji.'

Shah clarified that Nitish Kumar will stay on as chief minister after the assembly election.

Shah's assertion puts to rest reports of growing differences between the BJP and JD-U and may end the war of words that leaders of the alliance have recently been having with one another.

The flooding in Bihar and its alleged mismanagement has been a bone of contention between BJP and JD-U leaders.

Nitish had dissed speculation about a rift, saying the JD-U and BJP would contest the 2020 polls together. 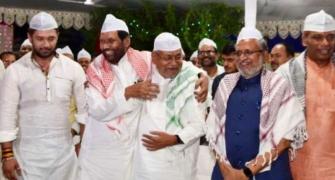 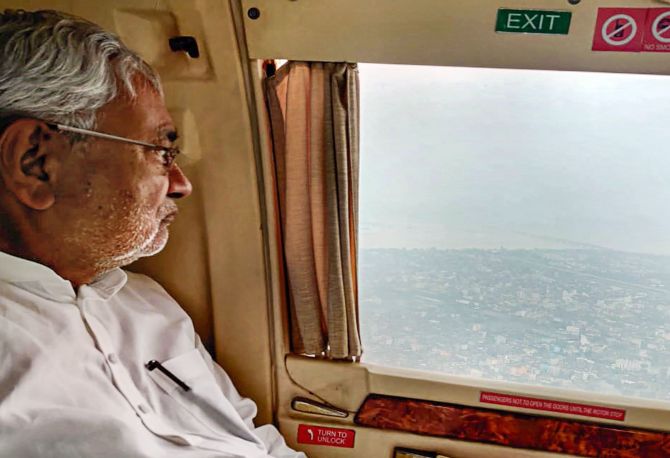 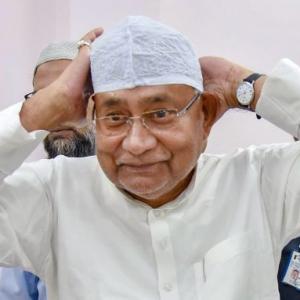