The sweep of the Bharatiya Janata Party at the Uttar Pradesh civic election, in which it bagged an impressive ten out of the 12 mayoral seats, has set the tone for the next major electoral battle in the state -- the 2014 Lok Sabha election.

The complete debacle of the Congress, the BJP's archrival in the Parliamentary poll, has given an extra boost to the party. While the BJP managed to emerge from the ashes of its poor performance in the state assembly polls, the Congress, which had won three mayoral seats including Jhansi, Allahabad and Bareilly in the last municipal poll in 2007, could not even open its account this time.

On the other hand, the Samajwadi Party and the Bahujan Samaj Party kept out of the contest but their "unofficially supported" candidates won one seat each.

The Congress's defeat is even more humiliating due to the absence of the ruling SP as well as the BSP from the fray. With only BJP in the fray, the Congress had all the opportunity to make its mark.

Yet it failed miserably to rise to the occasion to pave a path for its revival in the country's politically most crucial state, where its star campaigner Rahul Gandhi had slogged it out for months before the assembly polls.

Elated over the party's performance, state BJP president Laxmi Kant Bajpai termed it as a "reflection of people's disillusionment with the functioning of the 100-day- old Samajwadi Party government."

Bajpai, who was entrusted with the charge of the party only after its debacle in the state polls in March, added, "These municipal election results have also demonstrated the fact that people of the state have summarily rejected the Congress ."

He expressed the belief that "people of Uttar Pradesh are now looking up to the BJP as they are fed up of all other parties," adding, "These civic polls have clearly set the tone for the next Lok Sabha elections."

Apparently, both the SP and the BSP chose to keep out of the mayoral poll because they could see the writing on the wall well before the election. While SP's political strategists advised the party bigwigs against taking the risk, Mayawati knew that the turf was too tricky and could send wrong signals for the Lok Sabha election.

According to a party insider, "Behenji (Mayawati) had made up her mind to keep BSP out of the municipal election fray because she knew that since her party was unlikely to do well in urban areas, the results could adversely affect the party's prospects in the 2014 general elections, on which she is focused now."

SP chose to follow the same course of action simply because its leadership was not too confident of maintaining the same winning streak it had displayed in the March 2012 state assembly election.

Evidently, the assembly results had come as a surprise not only to its rivals but even to SP itself.  Any decline in the party's fortunes at the civic polls would have sent the message that Akhilesh Yadav had begun to face "anti-incumbency" in less than 100 days of assuming the reins of governance.

And looking at the results, strategists of both SP and BSP feel that their decision to keep away from this election had proved to be in the best interest of both parties. 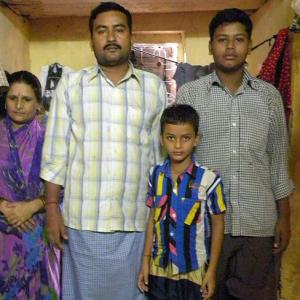