Maintaining that anything is possible in politics, senior Bharatiya Janata Party leader Gopinath Munde on Sunday called for a tri-partite alliance of Shiv Sena, BJP and Raj Thackeray led-Maharashtra Navnirman Sena to pull down the ruling Congress-Nationalist Congress Party combine.

Asserting that the tri-partite alliance would have more seats in the assembly, Munde said the saffron alliance lost as the MNS divided their votes.

But if the number of seats of the saffron alliance and MNS are combined then it would be more than that of the ruling parties, he added.

"MNS got 13 seats and it damaged the saffron alliance's chances in 53 seats. If the seats won by Shiv Sena-BJP (90) are combined with 66 (53+13) it would be more than that of Congress and NCP," Munde said while addressing the concluding session of the state level BJP meeting in Aurangabad.

Reacting to Munde's statement, ally Shiv Sena leader Sanjay Raut said such decisions are taken by the party leadership only.

"The 22-year-old Sena-BJP alliance came together with one thought of Hindutva. It would continue the coalition in the future as well. Any such decision (alliance with MNS) can only be taken with permission of Sena chief Balasaheb Thackeray and executive president Uddhav Thackeray," he said.

Raj's surprise visit to BJP office in Mumbai last year had raised many eyebrows. During his visit, Raj had met BJP state president Sudhir Mungantiwar irking Shiv Sena, which threatened to boycott an NDA rally in Delhi then.

Incidentally, senior BJP leader L K Advani and Munde himself had to intervene in the matter to pacify the Sena. 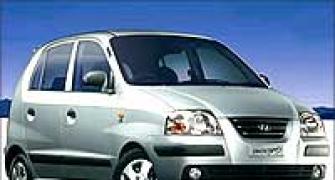 Hyundai WIA to invest $10 mn in 2 plants in India
Ahead of R-Day march, 6 BJP men held in Srinagar
China to enhance cooperation in BJP-ruled states

Unnwerved by Pawar, Sena reaches out to MNS