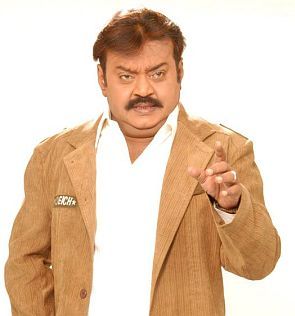 Javadekar, who had visited Chennai last week and met Vijayakanth at the latter’s home, said the negotiations between the two parties were on and there was no break-up as reported by some sections of the media.

Union Minister Prakash Javadekar, who has been negotiating the Bharatiya Janata Party’s electoral alliance in Tamil Nadu, especially with the politically crucial Desiya Murpokku Dravida Kazhagam of Vijayakanth, told Rediff.com that the BJP was willing to project the popular actor as the alliance’s chief ministerial candidate.

Tamil Nadu goes to polls on May 16.

Speaking to Rediff.com in New Delhi on Wednesday, Javadekar, who had visited Chennai last week and met Vijayakanth at the latter’s home, said the negotiations between the two parties were on and there was no break-up as reported by some sections of the media.

"Premalatha (Vijayakanth’s wife) spoke to me yesterday. We are hopeful of reaching out with a common minimum programme and also to project Vijayakanth as the chief minister," Javadekar said.

Premalatha was to have come to New Delhi to take the talks forward on, Javadekar said, but due to the demise of a party activist her trip had to be postponed. “But she will revert to me on Wednesday,” he said.

Javadekar said he can “comfortably put” the chances of the Tamil Nadu alliance materialising at 50:50. “During the Lok Sabha elections Vijayakanth projected Narendra Modi as the alliance’s prime minister, and now it is the BJP’s turn to say Vijayakanth is our chief minister,” he said.

The DMDK contested the 2011 election as part of the Jayalalitha-led front and emerged as the second largest party in the state assembly, winning an impressive 29 seats. Soon, however, Vijayakanth had a fallout with Chief Minister Jayalalitha and started functioning as the Opposition party.

Given its healthy voteshare, it is widely believed that the DMDK holds the key to power in the crucial southern state that has alternated between the AIADMK and the DMK since 1967, when the Congress was dethroned in the state. 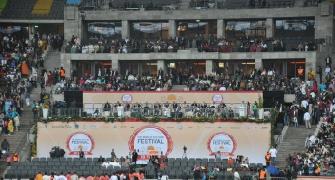