BJP neta slaps girl for being with Muslim man; cops book the latter

A viral video shows the woman leader asking girl, 'Don't you understand who is a Hindu and who is a Muslim?' 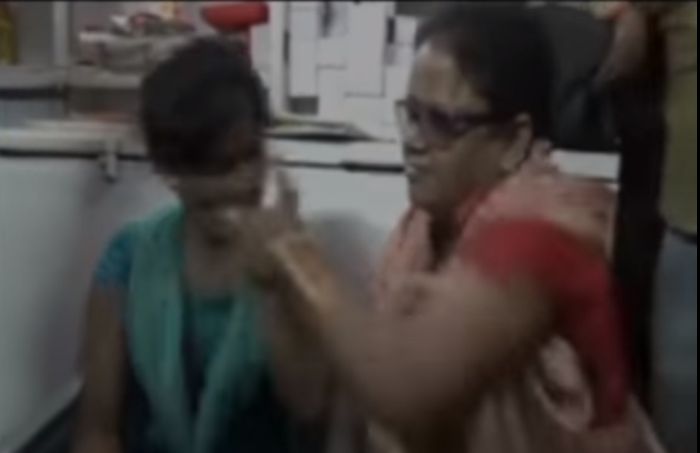 A local woman Bharatiya Janata Party leader in Aligarh, Uttar Pradesh, purportedly slapped a girl here for being friendly with a youth from the minority community, a video of which went viral on social media.

The youth in question was arrested on charges of 'obscenity' in public place and released later on bail, according to police officials.

The incident, in which BJP's Aligarh city convenor Sangeeta Varshney allegedly slapped the girl twice, took place on Tuesday when she saw her having tea with the youth, according to the police.

In the video which has gone viral on social media, Varshney is heard saying, "Tere ko samajh mein nahi aataa kaun Hindu hai, kaun Musalmaan hai. Pyaar se samajhaa rahi hoon, samajh hee mein nahi aa raha. (Don't you understand who is a Hindu and who is a Muslim. I am politely making this clear, but even then it seems that you are not getting it)."

When contacted on Friday, Varshney told PTI, "I do not have any problems with Muslims. But, we have a problem with their policy of alluring Hindu girls (Humme Musalmaano se koi shikayat nahi hai, humme unki bargalaane ki neeti se shikayat hai)."

Senior Superintendent of Police Rajesh Pandey on Thursday said that after the slapping incident, a case under relevant sections of the Indian Penal Code pertaining to obscenity at a public place was registered against the youth.

He was arrested but later released on bail, Pandey told PTI.

The Senior Superintendent of Police also said that the girl's father arrived on the spot and took her away after declaring that he and his family did not wish to make an issue.

"Both the girl and her father do not want any action against anyone in the case and they gave this in writing to the police," Pandey said.

IMAGE: A screengrab from the video going viral on social media. 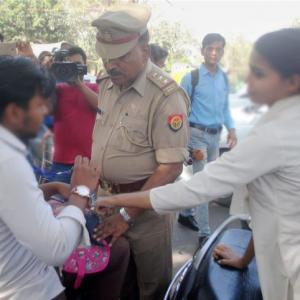 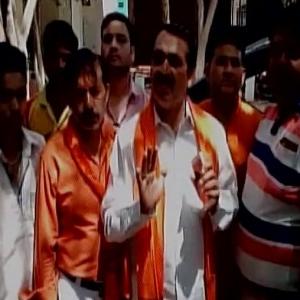