BJP names Scindia as its Rajya Sabha candidate from MP 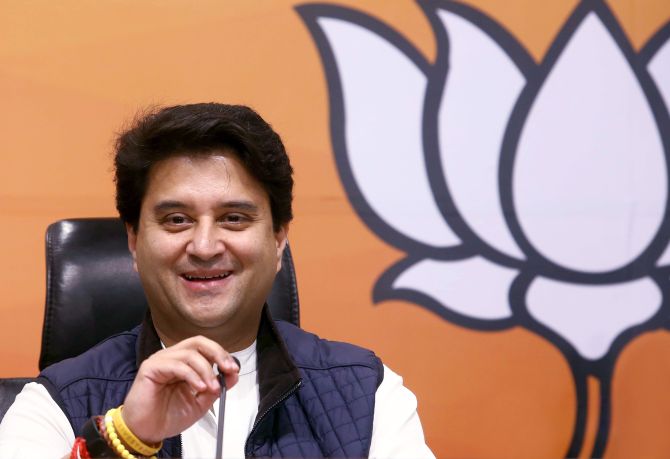 The Bharatiya Janata Party on Wednesday named Jyotiraditya Scindia as its Rajya Sabha candidate from Madhya Pradesh soon after he joined the party.

Scinida quit the Congress on Tuesday. He is an influential leader of Madhya Pradesh where 22 Congress MLAs, most of whom loyal to him, have resigned from the assembly in a bid to topple the Kamal Nath-led government.

Scindia ji will file the nomination papers for the Rajya Sabha polls after garlanding the statues of BJP leaders, including Deendayal Upadhyaya and Rajmata Scindia, around noon on Friday, Parashar said.

Scindia will arrive in Bhopal around 3 pm on Thursday, he said.

This will be former Congress leader's first visit to the state capital after joining the BJP.

The BJP announced the names of its nine Rajya Sabha candidates, including former Congress leader Bhubaneswar Kalita from Assam, and allotted two seats to its allies, including Dalit leader and Union minister Ramdas Athawale from Maharashtra. 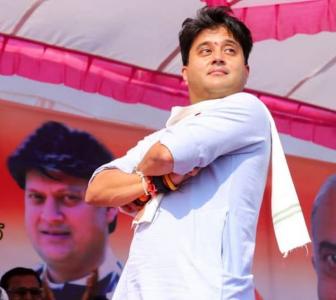 'Scindia is welcome if he upholds Hindutva'
'Betrayal is in Scindia's blood'
Jyotiraditya Scindia: Like father, like son 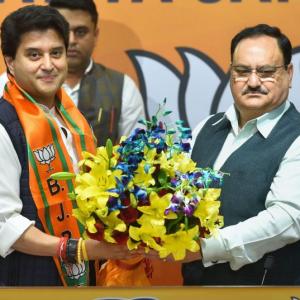 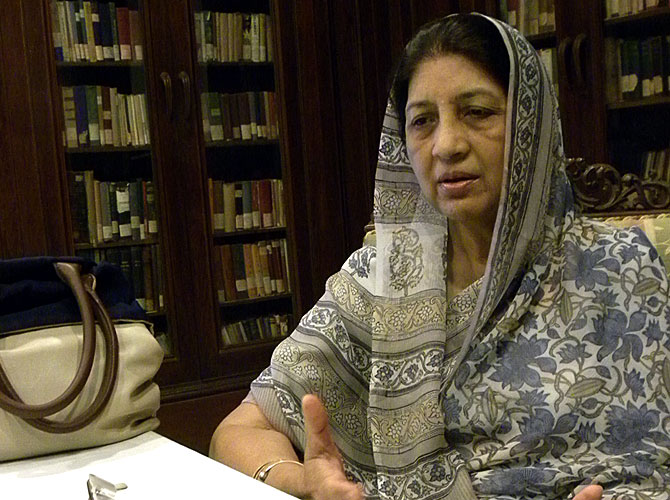