Series of controversies related to Dalit issues have come at a time when the BJP has launched a massive campaign to win back Uttar Pradesh. Archis Mohan reports. 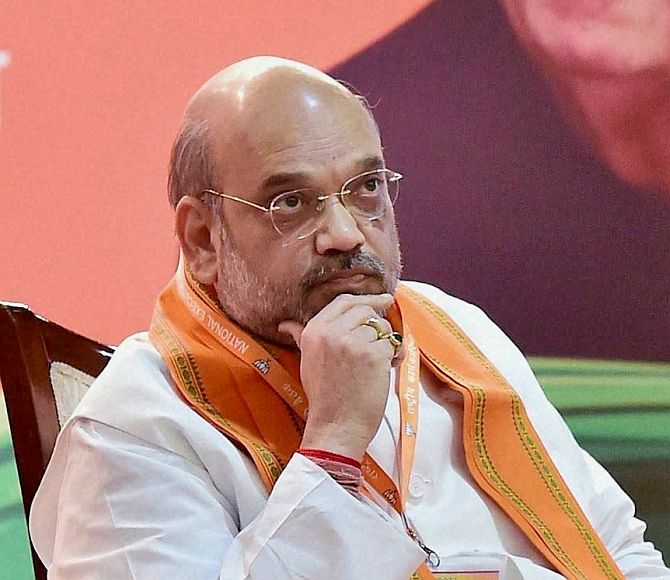 If atrocities on Dalits in Bharatiya Janata Party-ruled Gujarat and a massive rally to protest the demolition of Ambedkar Bhavan in Mumbai on Tuesday were not enough, the party on Wednesday had to remove a senior figure in its Uttar Pradesh leadership for making derogatory comments about Bahujan Samaj Party chief Mayawati.

The series of controversies related to Dalit issues have come as the party has begun a big campaign to win the state in the polls slated for early 2017.

Led by Prime Minister Narendra Modi and party head Amit Shah, it has been making a lot of effort to reach out to Dalit voters.

On Wednesday, however, a video clip of comments by one of its UP vice-presidents, Dayashankar Singh, went viral on a social networking site.

The issue also rocked Rajya Sabha proceedings (Mayawati is a member of the House) in the afternoon, which had already been adjourned several times since morning, when members of the Congress, BSP and Trinamool Congress trooped into the well of the House, to protest the incidents in Gujarat.

Finding itself in a corner, the BJP first dismissed Singh from all party posts and later expelled him.

Mayawati said the nation should hold the BJP responsible if there were spontaneous countrywide protests.

The Congress and BSP’s understanding in pushing the government on the defensive on the issue was noteworthy.

In her speech, Mayawati said the BJP dreamt of winning Uttar Pradesh but could not digest the fact that her party was a strong contender.

She thanked other parties for their support and said she herself had never made any personal attacks on other leaders, but fought on ideological issues.

"Dalits will never forgive BJP for this. We have seen what happened in Gujarat and a minister who had likened Dalits to dogs in January continues to be in the Union council of ministers," she said, in a reported reference to alleged remarks by former army chief and Minister of State for External Affairs V K Singh.

On the government's behalf, Arun Jaitley, finance minister and leader of the House, apologised to Mayawati.

Few in the Rajya Sabha had any inkling of Singh’s comments.

After the second adjournment on the Gujarat issue in the post-lunch session, most members had stayed on, waiting for the House to be reconvened at 3 pm.

It was then that a Trinamool member showed the clip to a BSP member, who showed it to Mayawati. She consulted party colleague Satish Chandra Mishra, who then alerted the Congress.

A strategy was soon devised, with Azad leading the attack when the House reconvened. Later, it was adjourned for the day.

It is slated to discuss the atrocities against Dalits on Thursday.

In the Lok Sabha, which also saw the opposition protest against Dalits being assaulted for skinning a cow, with coalition partner Lok Janshakti Party joining briefly, Home Minister Rajnath Singh said the PM was "very sad and hurt" by the incident.

Later, Social Justice minister Thawarchand Gehlot and Minister of State for Finance Arjun Ram Meghwal, both Dalits, held a press conference to stress that the state government had moved swiftly to punish the guilty. 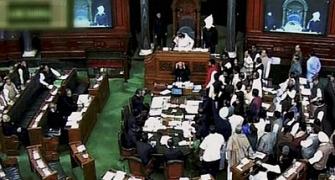 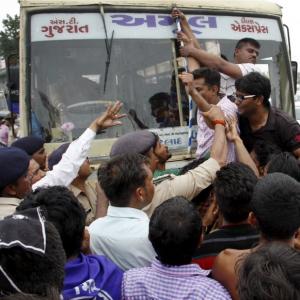