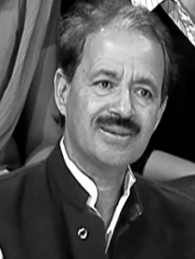 The Congress on Friday took potshots at the Bharatiya Janata Party over absence of some of its leaders from the party meeting in Goa, saying senior leaders are falling sick "due to Gujarat Chief Minister Narendra Modi" and the the BJP should think what will happen to the country because of him.

With 85-year-old L K Advani not attending Friday’s meeting of BJP office bearers in Goa as he is unwell, Congress leader Rashid Alvi remarked "Due to Modi, senior leaders of the BJP are falling sick"

"The BJP should think what will happen to the country because of him. My full sympathies to those who are falling sick due to Modi", Alvi said. Party spokesman Shakeel Ahmed also took a dig at the BJP over the development, remarking "Modi group has chased away Advani group within the BJP".

While Advani will not be attending the office bearers meeting on Friday, he is expected to be present at the party National Executive being held in the next two days.

Modi's role in the next Lok Sabha election is expected to be the dominant theme of the BJP National Executive, amid a strong demand from some sections of the party for declaring him the campaign committee head.

Ahead of the two-day conclave, central office-bearers of the party will meet to discuss the agenda for the National Executive meet. Sources said some of the office-bearers are likely to press for declaring Modi as the campaign committee head during the conclave.

But a consensus on the issue is eluding the party top brass. As a result, the proposal may not see the light of day at the National Executive meet. Several top BJP leaders are likely to skip the national executive.