The first Indian civil aviation minister to fly for a commercial airline -- Rajiv Gandhi has been the only prime minister to do so -- Rudy started his job with IndiGo from January 4.

He is doing so mainly to meet the requisite flying hours on the Airbus A320, for which he has held a commercial pilot's licence from US Federal Aviation Administration (FAA)-approved SimCenter in Miami, Florida since 2007. The licence needs to be renewed every two years.

"I am a qualified Airbus A320 pilot and to keep my licence current I had to fly a particular kind of aircraft. I would have loved to fly Air India, but there is no such provision so I chose the IndiGo offer," Rudy told Business Standard, adding that senior BJP party leaders have supported his decision.

Rudy has so far flown five flights on the Delhi-Mumbai sector.

Rudy, however, denied that he is planning to exit politics and take to flying as a full-time profession. "Politics is my first love and I have given over 20 years of my life to it and I cannot even think of leaving it. Also, I am a qualified lawyer and a lecturer in the Magadh University," he said.

Rudy served as commerce and industry minister from September 2001 to May 2003 and as civil aviation minister from May 24, 2003 to May 21, 2004 in the National Democratic Alliance government led by Atal Bihari Vajpayee.

His tenure as the civil aviation minister was marked by several  controversies. He had sent letters demanding information on cracks in windshields of all Indian Airlines (IA) and Alliance Air aircraft, which hotels the pilots and cabin crew of the two airlines stay and who provided taxis and the catering contracts.

He also asked IA to lend its booking space at Delhi's Safdarjung Airport to private airlines. 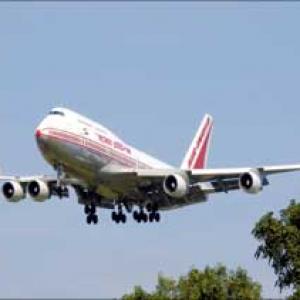