BJP launches drive for donations to 'Modi for PM fund' 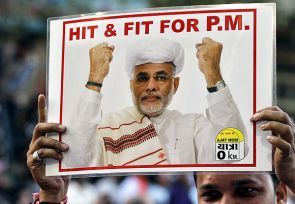 With Lok Sabha elections just months away, BJP on Tuesday launched a drive to collect donations for "Modi for PM fund" from the people and also inducted several former IITians into the party to give a fillip to its campaign.

BJP President Rajnath Singh launched the drive to collect donations ranging from Rs 10 to Rs 1,000 in the name of "Modi for PM fund". Under this plan, people can donate to the party through cash or credit and debit cards.

Each contributor will be given a paper trail and informed through SMS on his or her mobile about the deposit. Those making payment online will receive confirmation through e-mail and SMS.

Though the party has formally denied that this plan was inspired by a similar exercise conducted by Aam Aadmi Party, sources said AAP did influence the BJP in going for this move. Till now BJP claimed that it collects big funds through cheques.

Singh paid Rs 1,000 into the "Modi for PM fund" while inaugurating the drive.

BJP aims to reach out to 10 crore families under its "one vote, one note" scheme where also the funds ranging from Rs 10 to Rs 1,000 will be collected from the masses.

Singh also inducted several technocrats- including some IIT-ians into the party. Subodh Sharma, an IIT Roorkee alumnus, joined BJP and has been appointed convenor of the newly formed Technocrat Cell. 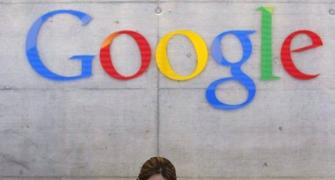 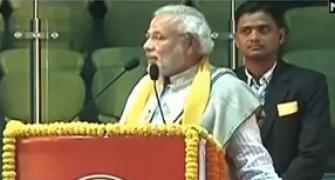 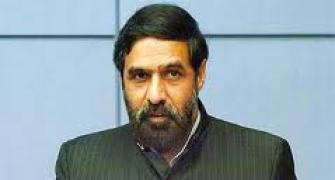 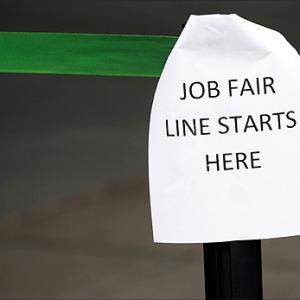 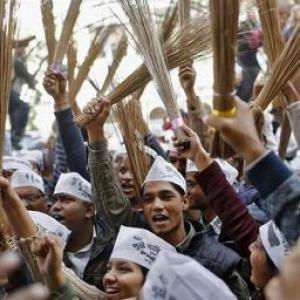 AAP claims to have roped in one million members