Source: PTI
December 28, 2010 17:49 IST
The Congress on Tuesday accused the Bharatiya Janata Party of devaluing the institution of Parliament by scuttling the winter session with its adamant demand for a joint parliamentary committee probe into the 2G spectrum scam.

The main Opposition party was running away from debate over the issue by stalling Parliament, said All India Congress Committee General Secretary Janardan Dwivedi. "The BJP wants to drag the issue for a longer period rather than have conclusion to the case. Public Accounts Committee investigations will be time bound while a JPC has no time bar," he said.

Dwivedi said the BJP had shown disrespect to democratic institutions like Parliament and judiciary as well as the Central Bureau of Investigation that is currently probing the 2G spectrum scam.

"They have shown lack of respect even to the Prime Minister Dr Manmohan Singh who has expressed his willingness to appear before the PAC," he added.

Earlier, addressing party workers on the occasion of the 126th foundation day of the Congress on Tuesday, Dwivedi said the party is not against any religion. "There is a difference between religious faith and fundamentalist, extremist views on religion. The Congress is the party of each and every citizen of this country irrespective of the caste, creed and religion," he added.

Maharashtra Chief Minister Prithviraj Chavan said the country and the Congress party are facing several challenges from communal and outside forces. He stressed the need for party workers to reach out to the people to create awareness against destructive tendencies.

"Attempts are being made to create social tensions in Maharashtra," he said in a veiled reference to the controversy over removal of statue of Dadoji Konddev, considered a teacher of Shivaji Maharaj, from Lal Mahal in Pune. 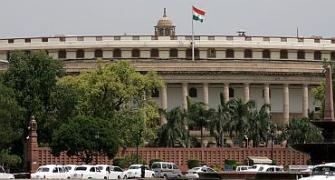 Parliament deadlock is the longest 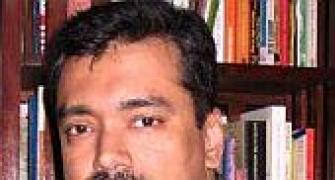 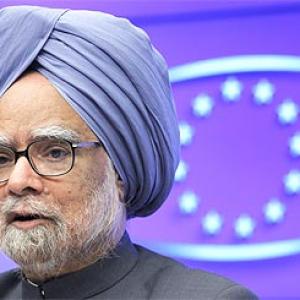