News
Business
Movies
Sports
Cricket
Get Ahead
Money Tips
Shopping
Sign in  |  Create a Rediffmail account
Rediff.com  » News » BJP gets poll face on, appoints Ram Madhav to be in charge of Assam

BJP gets poll face on, appoints Ram Madhav to be in charge of Assam 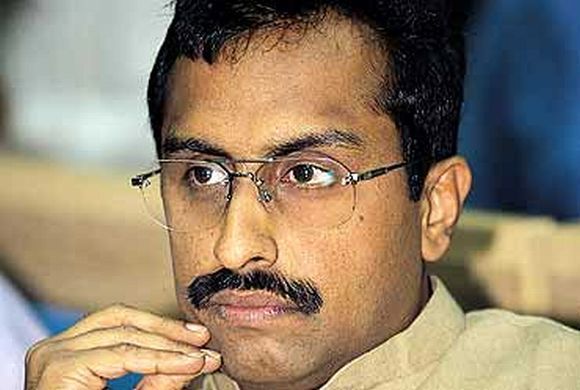 In a bid to strengthen the party and improve its poll prospects, Bharatiya Janata Party president Amit Shah has made some fresh appointments, with Union Minister Dharmendra Pradhan and general secretary Ram Madhav as election in-charges for Assam elections due in June 2016.

Ram Madhav has also been assigned the task of coordination with Jammu and Kashmir government, where BJP shares power with Peoples Democratic Party.

Party’s new general secretary Arun Singh has been appointed as the headquarters in-charge.

Shah has also appointed Gopal Agrawal as the party spokesperson for economic issues.

He had on Friday made some key appointments, assigning new roles to the party office-bearers. He also appointed new co-incharges for Bihar and Uttar Pradesh in a bid to improve the party’s poll prospects in assembly elections slated later this year and in early 2017 respectively.

In this regard, the party has also set up a new cell for other backward classes, a key constituent in Bihar and Uttar Pradesh.