The Government Railway Police have recovered the seven-month-old child who was stolen from a platform of the Mathura junction six days ago, officials said on Monday, adding that a Bharatiya Janata Party corporator and seven others have been arrested in the case. The child has been recovered and handed over to his parents, they said.

Firozabad Municipal Corporation Vineeta Agarwal and her husband Krishna Murari Agrawal had paid Rs 1.80 lakh for the infant as they wanted to have a male child though they had a daughter, the officials said.

"An infant named Sanjai was stolen at 4 am on August 24 from platform number 8/9 while his parents were asleep," the SP said.

"The infant was son of one Radha, a resident of Parkham village under the Farah Police Station in Mathura district," he said.

On the basis of the CCTV footage, six teams were formed to work out the case, the officials said.

They found that one Deep Kumar of Hathras, who sells asafoetida at the station, had kidnapped the child from the platform.

According to officials, the act was the work of an organised gang, including two ANMs, one posted in Hathras and the other in Firozabad.

These ANMs or auxiliary nurse midwives, looked for couples bereft of a male child as potential buyers, the officials said.

The officials identified the accused as Prem Bihari and Dayavati, who run a private hospital in Hathras, Poonam and Vimlesh, the ANMs, and Deep Kumar, who stole the child, besides one Manjeet.

Meanwhile, Samajwadi Party chief Akhilesh Yadav, while reacting to the incident, in a Hindi tweet said, 'The BJP has stolen the present and future of children. Now, at least do not do this work!'

He also shared a news report of the incident. 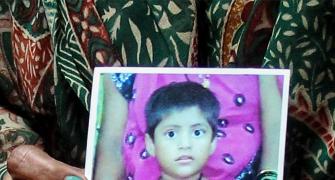 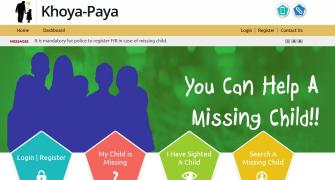 Why clothes are key to solving missing child cases