Trading barbs at each other over the issue of electoral bonds, the Congress on Thursday called them an opaque route to make the "government corruption official" while the Bharatiya Janata Party hit back and accused it of opposing such bonds as they curb black money and brought in "honest" money in politics. 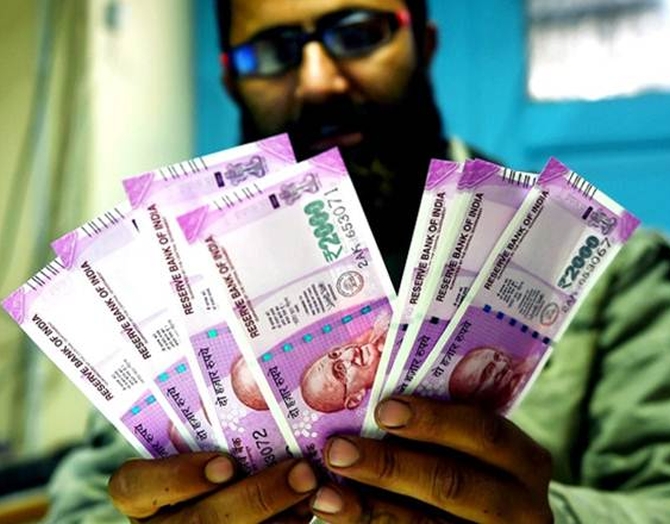 The Congress first raised the issue in Parliament where its leader Manish Tewari termed electoral bonds "opaque" because nobody knows who have bought them for which party and termed them a threat to "democracy".

The BJP fielded Union minister Piyush Goyal to defend bonds and he also termed the Congress's stand as an "alliance of the defeated and the dejected corrupt politicians" who do not want clean, tax-paid transparent money in elections.

The issue of electoral bonds has snowballed into a political flashpoint after following reports that said the Reserve Bank of India and Election Commission had reservations against them but they were overrule by the Modi government.

Goyal asserted that the government took almost a year to address the concerns of the RBI and the Election Commission, and expressed confidence that the EC will now be satisfied after experiencing the transparency and honest money brought in political funding by these bonds.

All the information about the electoral bonds are in public domain and can be accessed through RTI, he said, dismissing reports over the matter as "no new revelations".

The Congress earlier launched a scathing attack on the BJP-led government at the Centre, with its chief spokesperson Randeep Singh Surjewala describing it as a "modus operandi to receive thousands of crores from big business houses through secret donations".

The Congress raised the issue in both the Houses of Parliament on Thursday.

Addressing a press conference in Parliament premises, Congress leader Tewari said the party will continue to raise the issue in Rajya Sabha and Lok Sabha as it considers electoral bonds a "threat to democracy".

He reiterated his party's demand for a full-fledged discussion on the electoral bonds issue in both Houses of Parliament.

"They have made government corruption official," he said.

To a question about the BJP drawing a huge share of corporate funding, he said it is natural as the saffron party is much bigger than the Congress in its strength and many organisations also reject the "corrupt ideology" propagated by the opposition party.

The details of electoral bonds, including those of donors and donees, have been deliberately kept away from the public eye so that people can use them to donate to the party of their choice without fearing any harassment, Goyal said.

He added that the Congress when in power used to go after those who donated money to the BJP through cheques.

That is why the Modi government brought in electoral bonds and also banned donations in cash for more than Rs 2,000 in its bid to curb the use of black money and usher in transparency, he added.

"We have ensured that the money going into politics is accounted," he said, adding that these bonds are non-transferable, can be redeemed only within 15 days and be deposited to only a designated account of political parties.

Only KYC-compliance entities can purchase these bonds, he added.

On the Election Commission's recommendation, the Narendra Modi government banned cash donations above Rs 2,000, he said.