Bill to expand definition of terrorist act in Rajya Sabha

A bill seeking to expand the definition of "terrorist act" to include offences that threaten the country's economic security was introduced in the Rajya Sabha on Wednesday.

Moving the Unlawful Activities (Prevention) Amendment Bill for consideration, Home Minister Sushilkumar Shinde said, "The proposed amendments are carried to bring more clarity to the existing legal regime and remove deficiencies identified in its implementation by central and state intelligence and investigating agencies."

The amendments are necessary as India has made commitment as a member of the Financial Action Task Force (FATF), a 34-member global body that chalks out policies to counter financial frauds, he said.

Shinde said the bill, already passed in the Lok Sabha, has taken into account suggestions of the Parliamentary Standing Committee and the observation of state governments.

"Out of 14 recommendations of the Parliamentary Standing Committee, 10 have been adopted without any changes," he said.

Highlighting the salient features of the bill, the minister said the proposed amendments aim to enhance from two years to five years the period for which an association involved in terrorist acts, including terror financing, will be declared unlawful.

Section 15 of the bill has been amended to expand the definition of terrorist act to include acts that that involve detention, abduction, threats to kill or injure, or other actions so as to compel an international or inter-governmental organisation to comply with some demand.

The amendments enlarge the scope of Section 15 relating to punishment for those involved in procurement of weapons, raising funds for terrorist activities and counterfeiting Indian currency, the minister said.

It inserts new sections to include offences by companies, societies or trusts.

Initiating the debate, Mukhtar Abbas Naqvi of the Bharatiya Janata Party spoke in support of the bill with a suggestion to government for making effective police reforms for tackling terror activities.

"Ultra-modern terrorists are threatening. Unless we modernise police force, we would not be able to curb terror activities. ...terrorists are neither Hindu nor Muslim, strict action should be taken," he said.

Expressing concern over news reports that some militants are making to the top post in Jammu and Kashmir government, Naqvi said, "...it is a matter of concern. We have been saying terrorist activities are being financed by Pakistan...."

Funding for terrorism, Naxals and Maoists in the country is being financed from across the border and from the same source, he said.

Satyavrat Chaturvedi (Cong) favoured some amendments and sought changes and deletion of certain proposals to make the bill effective.

He sought clarity in the bill as to how action would be taken against those who raise terror funds abroad.

Chaturvedi demanded deletion of Section 2 which defines terrorist as an individual and a Hindu undivided family.

Overall, the bill is very good, strengthens law and empowers security officials and the government to nab terrorists, he said.

Raising the gang-rape incident in the Capital, Narendra Kashyap (Bharatiya Janata Party) said unless security is strengthened, all efforts to toughen the provisions of the legislation will yield little result. He regretted repealing of TADA and POTA.

Opposing the Bill, P Rajeev (Communist Party of India-Marxist) said the amendments proposed will make the law "draconian", wondering as to why the government was in a hurry to pass it.

"The bill is undemocratic and I urge the home minister to withdraw the bill," he said. 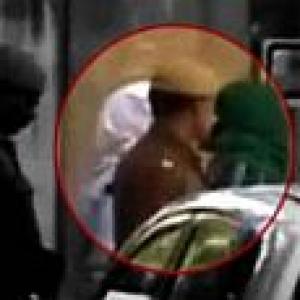