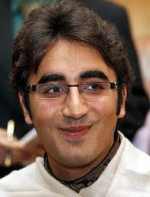 Pakistan President Asif Ali Zardari is intent on launching his son Bilawal's formal political career before the general election early next year though he will not achieve the minimum age of 25 for contesting polls till September 2013.

Zardari plans to launch the political career of Bilawal, the nominal head of the ruling Pakistan Peoples Party, by May next year when the general election would be held, the Dawn newspaper reported on Friday, quoting its sources. However, Bilawal will be eligible to contest an election only when he turns 25 in September next year.

The move has been influenced by the way in which the PPP's fortunes are closely linked to the family of the party's founder, late Zulfiqar Ali Bhutto.

A PPP member of the national assembly or lower house of parliament from Sindh claimed that just like it was "unimaginable" for the Congress in India to go into elections without a Gandhi leading its campaign, it was unthinkable for PPP leaders to disassociate themselves from the Bhuttos.

"Whether somebody likes it or not, Bilawal (and his sisters) Asifa and Bakhtawar are the face of the party. The PPP is synonymous with the Bhuttos, and after the untimely death of their mother (former premier Benazir Bhutto), they have to don this mantle for the party's cause," the lawmaker was quoted as saying.

"It's an association that not even President Zardari can challenge. A Bhutto addressing an election rally always creates an extra amount of energy among voters, which the party cannot afford to lose with elections round the corner," he said.

The PPP parliamentarian said 22-year-old Bakhtawar does not take much interest in politics and 19-year-old Asifa was too young to address public rallies. Thus, he said, the PPP was left "with no choice but to field Bilawal in active politics."

Bilawal's sisters would make "appearances in the run-up" to the polls.

Media reports have said a group of PPP leaders, including close aides of Zardari and key federal ministers, are currently grooming Bilawal and briefing him on party affairs.

The Dawn reported this group's task had been made easier as over the last year, Bilawal has started taking an interest in politics.

On Thursday, Bilawal was prominently featured on state-run media at the Developing Eight Summit, sitting a short distance from Zardari, though he holds no official position in the government.

A speech delivered by Bilawal on Tuesday to a group of students at a meeting on 'Pakistan: Leaders of Tomorrow' had more thought put into it than was realised by people, the report said. "Do you really think it was just an off-the-cuff speech," said a PPP source.

"It was a 4,000-plus words speech that highlighted every single issue of the country both on the domestic and international level. This series of public interactions to selected students from universities all over the country is the launch of his political life."

During the speech, Bilawal talked about Pakistan's fight against militancy, the PPP-led government's achievements and his willingness to work even with PML-N chief Nawaz Sharif and Pakistan Tehrik-e-Insaf leader Imran Khan.

Another unnamed parliamentarian said familial links have deep roots in Pakistani politics and would stay for a long time to come.

"Can the PML-N contest elections without the Sharif brothers as the party's Premier candidates, or can someone else besides Asfandyar Wali Khan lead the Awami National Party," the PPP leader asked.
Source: PTI© Copyright 2020 PTI. All rights reserved. Republication or redistribution of PTI content, including by framing or similar means, is expressly prohibited without the prior written consent.
Related News: Bilawal Bhutto, Pakistan Peoples Party, Asif Ali Zardari, Asifa, Nawaz Sharif
SHARE THIS STORY
Print this article
Pervez Musharraf murdered my mother: Bilawal Bhutto
US cannot just carpet bomb Pakistan: Bilawal Bhutto
Rahul and Bilawal chatted a lot at lunch 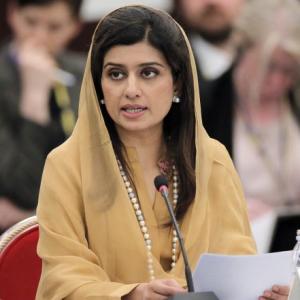