A top Bihar police officer is in trouble for allegedly acting like Munnabhai -- the character played actor Sanjay Dutt in the popular film franchise.

Additional Director General of Police Gupteshwar Pandey has been accused of ‘appearing’ for a LLB degree examination without taking the requisite permission from the home department.

The state police are likely to examine if Pandey used another student to impersonate him and appear for the exam on his behalf.

In the hit film Munnabhai MBBS, Dutt plays a gangster who is desperate to pass the MBBS exam to impress his disapproving father. He threatens a doctor and forces him to appear for the final medical exam instead.

Incidentally, Pandey was known to be quite close to senior politicians in the state government -- during the erstwhile rule of the Rashtriya Janata Dal as well as its successor Janata Dal – United.

Pandey landed in trouble after information about his attempt to get a law degree was revealed via an appeal filed under the Right to Information Act.

The senior police official allegedly tried to get rid of the incriminating documents after news about his activities became public.

“Pandey’s case was revealed during a probe initiated by the police, in connection with a complaint against former Rashtriya Janata Dal Member of Parliament Mohammad Shahabuddin, who used a youth to ghost-write a LLB examination for him in 2005,” a police official informed rediff.com.

According to police officials, Pandey enrolled in a full-time course at the Muzafffarpur-based Babasahed Bhim Rao Ambedkar University, without taking permission from the home department, as mandated by the rules of his service.

He allegedly also ‘appeared’ for two papers in the final examination, before the brouhaha connected to the Shahabuddin case scared him off.

”Pandey appeared at the examination centre at Ram Dhari Singh College in Muzaffarpur, the same centre where Shahabuddin was supposed to appear for his exam. But Pandey left the examination half-way fearing his case will also come into the limelight. He also used his power and connections at top places to destroy any relevant records,” another police official said.

“But the police have found a few records, including the original application form for the course, which has Pandey’s photograph and his signature,” the police official said.

Besides, the tabulation wing of the university continued to maintain the senior police official’s record for the final results, along with his name and the papers.

But records of the two examinations, for which Pandey reportedly ‘appeared’, have gone missing, police officials said.

The home department has already authorised a probe by Director General of Police Krishna Choudhary into cases of irregularities in Shahabuddin’s law examination.

According to Choudhary, the police will look into irregularities in the law examination in 2005, when certain influential people had ‘appeared’ in those examinations after gaining admission by malafide means.

Shahabuddin had ‘appeared’ for the law examination despite a nationwide alert for his arrest in 2005. The incident had shocked the top brass of the state administration.

Shahabuddin had ‘appeared’ for the examination held in RDS College as a studentof the S K Memorial Silver Jubilee Law College.

Firoz Alam, the young man who allegedly ghost-wrote the examinations for the dreaded don, said in an affidavit in May in the court of the chief judicial magistrate that he had written the LLB examination for Shahabuddin after he was promised an amount of Rs 20,000.

M I Khan In Patna
SHARE THIS STORY
Print this article 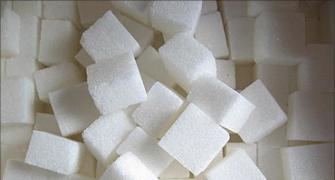 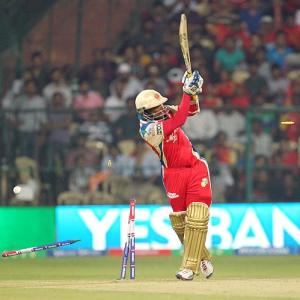