A stellar performance by the Bharatiya Janata Party enabled the ruling National Democratic Alliance to attain a simple majority in the Bihar assembly notwithstanding a sharp fall in the tally of the Janata Dal-United headed by Chief Minister Nitish Kumar, according to final results announced early Wednesday. 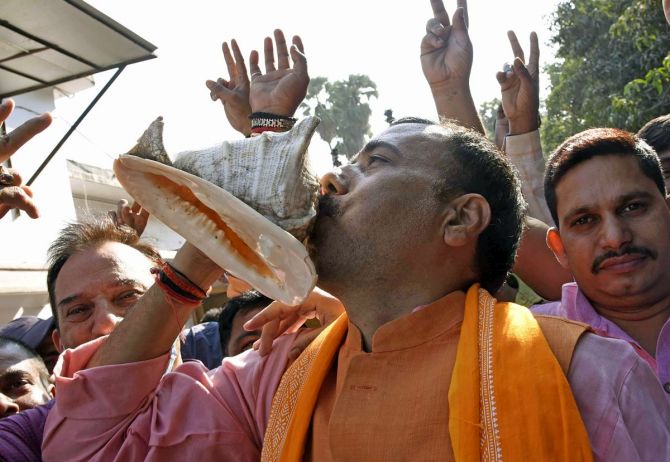 With four seats each won by junior allies Hindustani Awam Morcha-Secular and Vikassheel Insaan Party, the NDA bagged 125 seats in its kitty, three more than the number required for a simple majority.

The total number of seats won by all its five constituents stood at 110.

IMAGE: RJD supporters outside party leader Tejashwi Yadav's residence during the counting of votes for the Bihar polls in Patna. Photograph: PTI Photo

Nonetheless, the RJD emerged as the single largest party in the assembly bagging 75 seats.

Its vote share at 23.03 per cent was also the highest for any single party in the elections.

The Congress managed to win only 19 of the 70 it had contested. 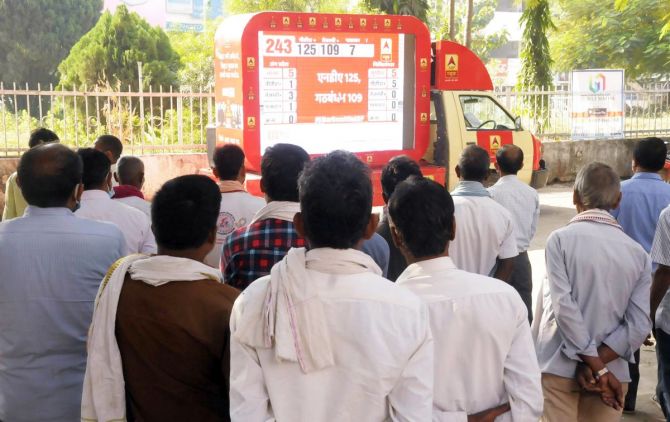 The performance of CPI-ML, the most radical among the mainstream Left groups, stood out as it won 12 of the 19 seats it contested.

The CPI and the CPI-M won two seats each.

Chirag Paswan's Lok Janshakti Party, which pulled out of the NDA and contested nearly 150 seats, managed to win just one.

The winners also included an Independent.