With the National Democratic Alliance leading in 128 of the 243 seats in Bihar assembly, Bharatiya Janata Party state chief Sanjay Jaiswal said there is no dispute regarding who will lead the government if the alliance returns to power in the state. 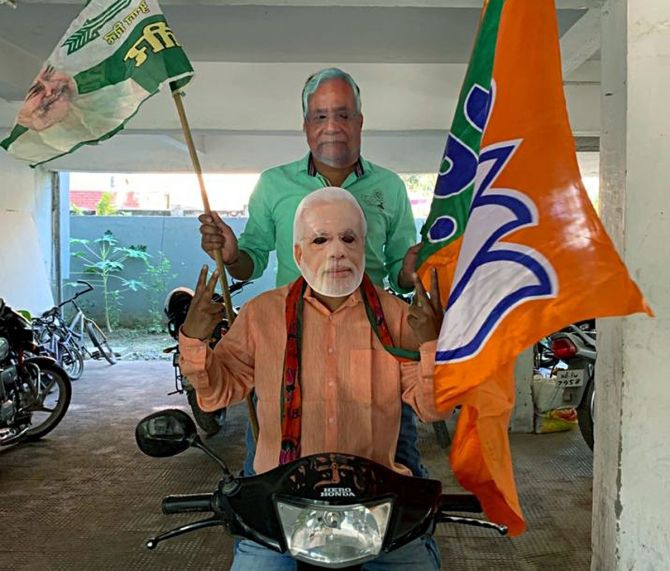 A party or a coalition requires 122 seats to form the government in Bihar.

"The issue has been cleared by Prime Minister Narendra Modi and party chief J P Nadda much before the elections," he said, while responding to a query whether chief minister Nitish Kumar will lead the NDA government if the alliance secures a majority in the assembly.

Earlier in the day, the Janata Dal-United exuded confidence that the NDA will again form a government in Bihar under Kumar.